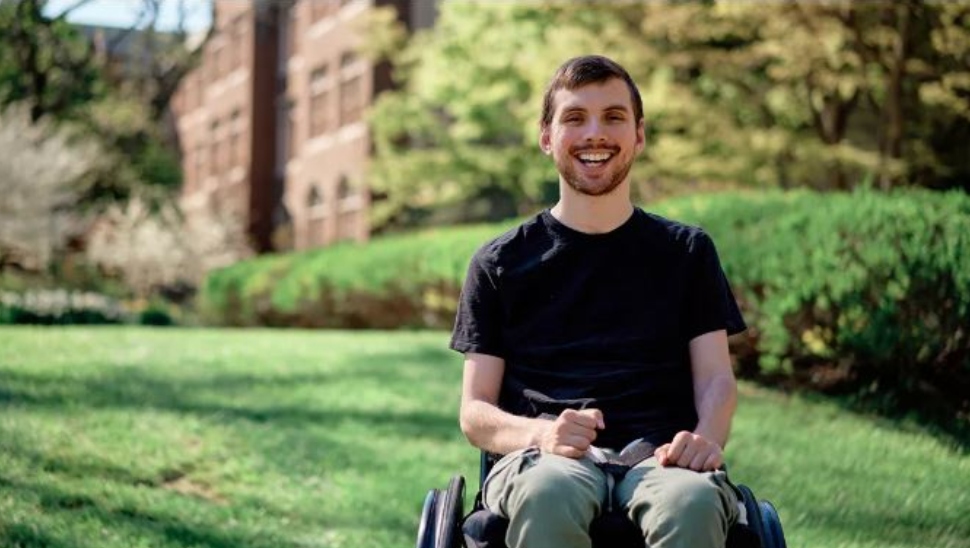 Matthew Cruz, LaSalle Class of 2021, has a bright future ahead of him, with eyes set on a Ph.D. in evolutionary biology. His sunny aspirations come after a dark incident as a Neshaminy high schooler, chronicles Christopher A. Vito for LaSalle News.

At 16, an accident on a 2013 bus trip crushed Cruz’ vertebrae. Permanent paralysis struck both his upper and lower body.

Months of rehab followed. So much so that it overtook his entire sophomore year.

But Cruz didn’t lag academically for long. With his high school diploma eventually in hand, he landed at LaSalle, where he became an impressive on-campus presence.

On the cusp of his obtaining his sheepskin, his professors are reminiscing about a remarkable four years. One faculty member characterized Cruz as an “academically mature” undergraduate. He elaborated, calling Cruz one of the most dedicated students in his 40-year career. Another instructor noted his “exceptional dedication to research.”

Cruz is thankful for the familial support received. He calls himself “…the product of a holistic collaboration.

“In this situation,” he explained, “one can’t expect success as a solo entity. And at La Salle, what I’ve enjoyed and appreciated the most has been the level to which everyone has been accommodating. So I’ve been able to complete my education without encountering many obstacles.”

It’s clear that whatever obstacles his future will hold, Cruz will roll right over them.

More on the inspiring story of Matthew Cruz is at LaSalle News.