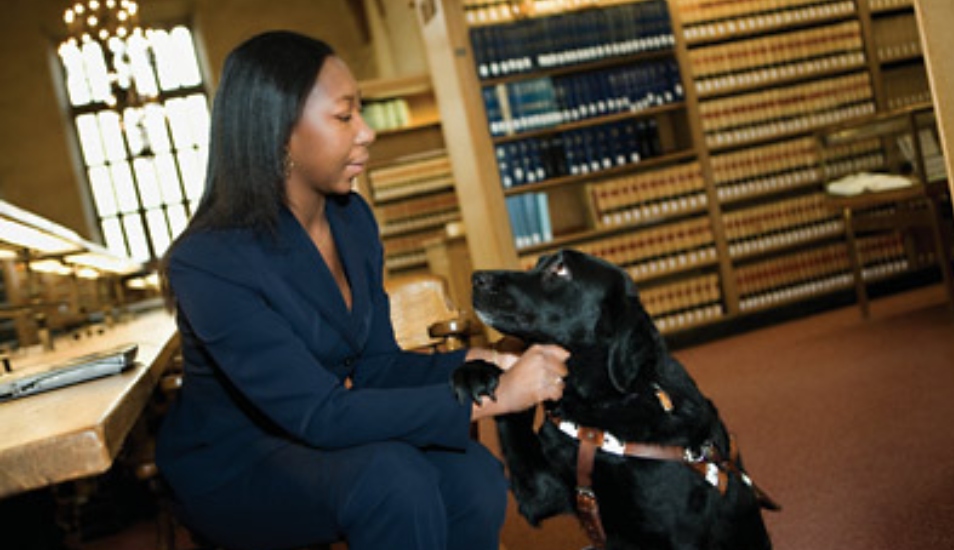 The Law School Admission Council in Newtown has named Angela Winfield as chief diversity officer. Her new role centers around promoting diversity, equity, and inclusion (DEI) throughout the legal profession, from 1Ls (first-year law students) on up.

As a youngster, Winfield targeted law as a profession. But there were obstacles.

She was declared legally blind at age 10 and totally blind a decade later, disabilities that left her emotionally wrought and depressed.

Winfield pushed on, graduating high school at the top of her class. Two undergraduate degrees followed, capped by passing the bar exam.

A lack of role models — apart from Claire Huxtable’s position as a Black attorney on The Cosby Show — made her legal career aspiration seem daunting.

“To me, that was an opportunity to see what was and what is possible,” she said.

Winfield is eager to employ her full range of skills, including those as lawyer, mentor, motivational speaker and disability rights advocate.

The LSAC is ready for the changes she’ll champion.

LSAC President and CEO, Kellye Y. Testy, said: “Angela … knows the importance of DEI because she’s lived it with an intimacy that few people have. Making progress on equity is vital for law and legal ed, and we can’t wait to welcome Angela and learn from her leadership.”

More on her hire is at the Law School Admissions Council.