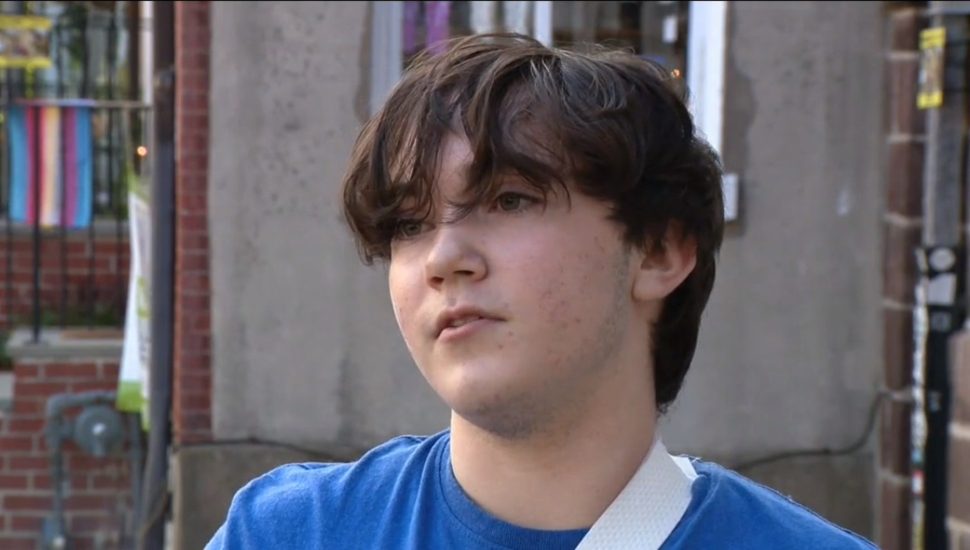 First, the Central Bucks School District approved the one request to attend a transgender-inclusion seminar that sparked the controversy. Then, it opened the coursework districtwide to any educator who wanted it.

The reversal is especially heartening for students like Daniel Mautz, 16. He easily recalls the early-age pain of feeling like a classroom outsider.

“I’m transgender male and bisexual,” he said. “I remember coming home crying to my sister about how someone was telling me I was too manly or crying saying all I wanted to do was be a boy,” he said.

Mautz hopes the training will prove helpful to students like him.

Their GoFundMe campaign raised $5,000 to finance the course. By the time the donations had been tallied, the district had already reversed its attendance decision; therefore, the fundraising enabled five additional educators to go.

Fourteen-year-old Lily Freeman says she identifies as a female of trans experience. She’s encouraged by staff who want to attend the training.

“No matter what gender or sexual orientation, I want them to feel like they belong, and I feel like when teachers understand, they are able to create that environment,” she said.