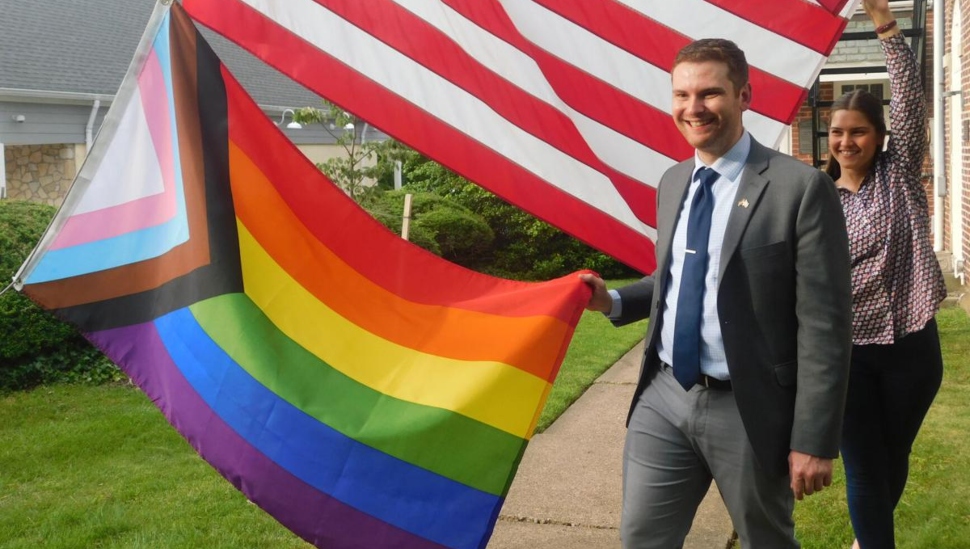 Bria put the event in a greater context. He remembered his youth, when he believed “this country was not going to be for me.

“To be part of a government that’s raising this flag beneath the American flag and it’s proud of me, it means more than I can say,” he commented.

Yardley Borough’s ceremony was also accompanied by an official resolution. It affirms the borough’s commitment to “support visibility, dignity and equality of LGBTQ people living and working in our community.” It also cites and recommits to Yardley’s prohibition of discrimination based on sexual identification and gender identity.

Doylestown held a similar flag-raising event, attended by State Senator Steve Santarsiero. He commented: “Our community is at its best when everyone is free to be who they are and love who they love.”

More on these commemorations is at Bucks Local News.