County Correctional Officer, Once a Cook in the ‘Pine Street Hotel,’ Retires After 39-Year Career 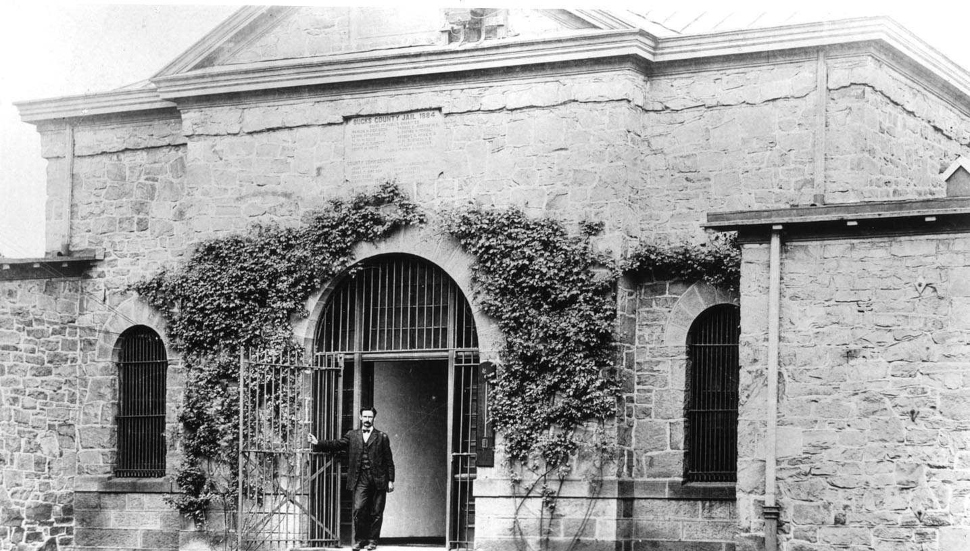 Image via the Michener Art Museum.
The original Bucks County Prison, shown with an unnamed guard. Chris Pirolli, soon-to-be retiree as Director of Corrections, started his career there.

Just out of his teen years, Chris Pirolli entered the Bucks County Correctional system in 1982. He’s now walking out, 39 years later. He was never an inmate; he was an employee, and Peter Blanchard covered his lengthy career for MSN.

Pirolli was a cook at the old Bucks County Prison in Doylestown, known as the “Pine Street Hotel.” He is reportedly the last county correctional employee to have worked onsite there, amid its gothic, 19th Century architecture.

A series of promotions and career shifts led to his 2017 appointment to director of corrections. Pirolli was responsible for housing 800 people in the Bucks County Correctional Facility and several ancillary locations. He also oversaw 300 employees.

Pirolli’s accomplishments include modernizations and improvements that transitioned the goal of a corrections facility from punishment to rehabilitation. He championed initiatives related to mental-health, prison exchange, and substance abuse.

At a recent meeting, the county commissioners thanked Pirolli.

“You have the toughest job in county government,” said Commissioner Gene DiGirolamo, chairman of the Bucks County Prison Oversight Board. “Thank you for your leadership and the good work that you’ve done taking care of vulnerable people (during) some of the worst times.”

More of Pirolli’s career highlights is at MSN.

NBC’s TODAY Show: From Rapper to Prison Inmate to Businessman, This Paoli Native Wants to Pay It Forward