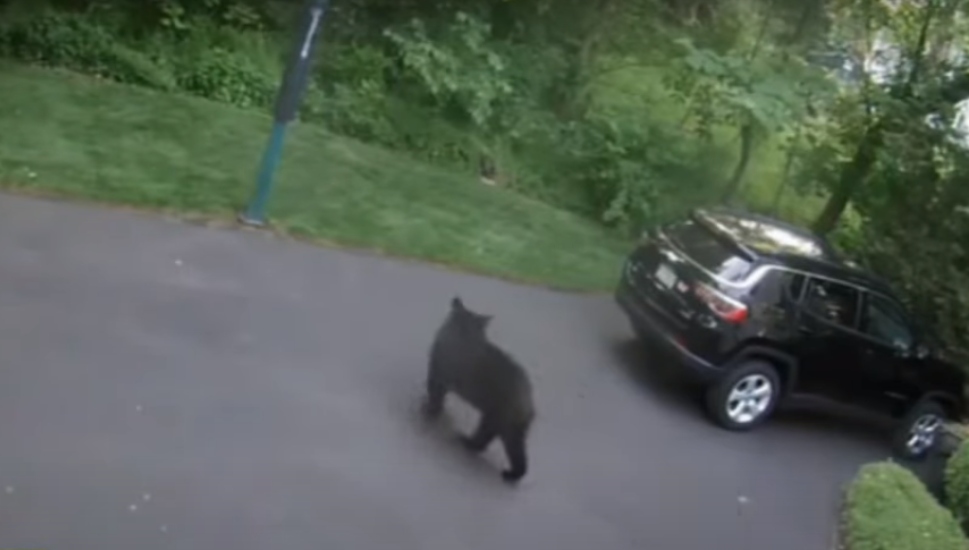 The ursine visitor first showed up in Lower Makefield around the Memorial Day weekend. Video of him ripping down a birdfeeder hit the local news, and residents upped their watchfulness.

Michelle Coyle of Yardley spotted the animal while entertaining guests for the holiday weekend.

“My friend looked at me and said, ‘I know I had a few drinks but is that a black bear?’ And it was,” Coyle said. “Going across the yard and moseying along.”

A trap set along some of the bear’s more popular walking routes eventually snagged it. Game wardens ushered the animal elsewhere.

Steve Coyle of Lower Makefield Township was another witness. “I think most people are used to seeing deer and coyotes and foxes, so it’s not unusual,” he said. “But seeing a bear is a different experience.”

More on Bucks County’s unusual visitor is at NBC10.