On the Streets in Bensalem: The Nation’s First Self-Cleaning Ambulance 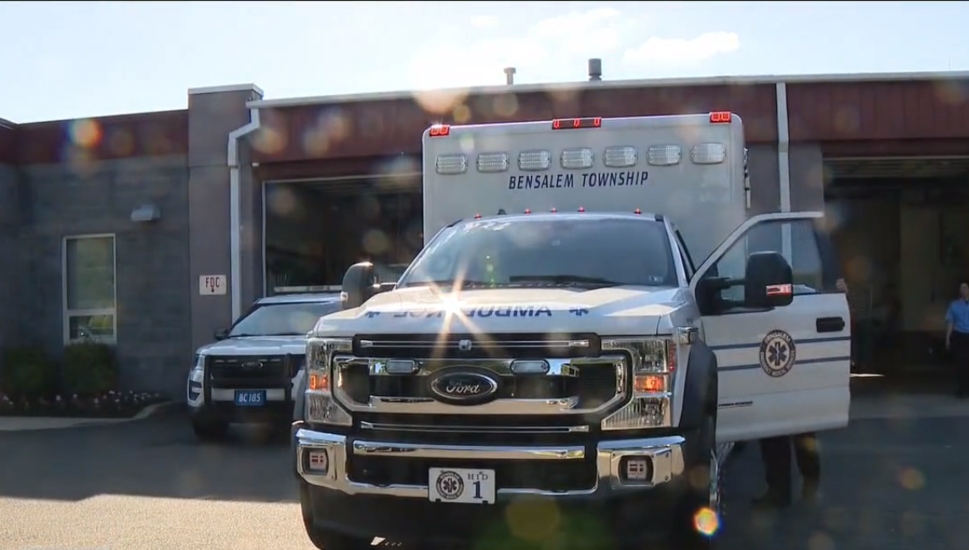 Battalion Chief Robert Elliott cites one of the vehicle’s primary advantages, saying, “The concept of a highly infectious disease ambulance allows us to protect our providers.”

The rescue transport is appropriate for patients showing symptoms of “…a really high fever and respiratory symptoms, which would require isolation.”

Unlike traditional ambulances, the driver and any passengers ride in two separate, enclosed compartments. Potentially contagious patients ride in an “iso-pod,” a long, sleeve-like covering.

“We … put the patient into the iso-pod and seal them up. This creates that negative pressure environment so none of the contaminated air exits. It’s all clean air that exits that filtration system,” Elliott said.

The ambulance also cleans itself between transports, using antibacterial UV lights and sanitizers. Touchless fogging nozzles ensure full coverage of each internal surface. They also yield faster turnaround times to get the vehicle back on the street.

“Our decontamination system is through a port that’s in the ceiling. It sprays disinfectant all over the entire ambulance,” said Elliott. “After 16 minutes, everything is completely disinfected. So we don’t have to worry about scrubbing every surface down.

“Our drill time has told us that we’re going to be able to get to these patients a lot quicker than we could previously,” Elliott concluded.

More on this antiseptic ambulance is at FOX 29 Philadelphia.