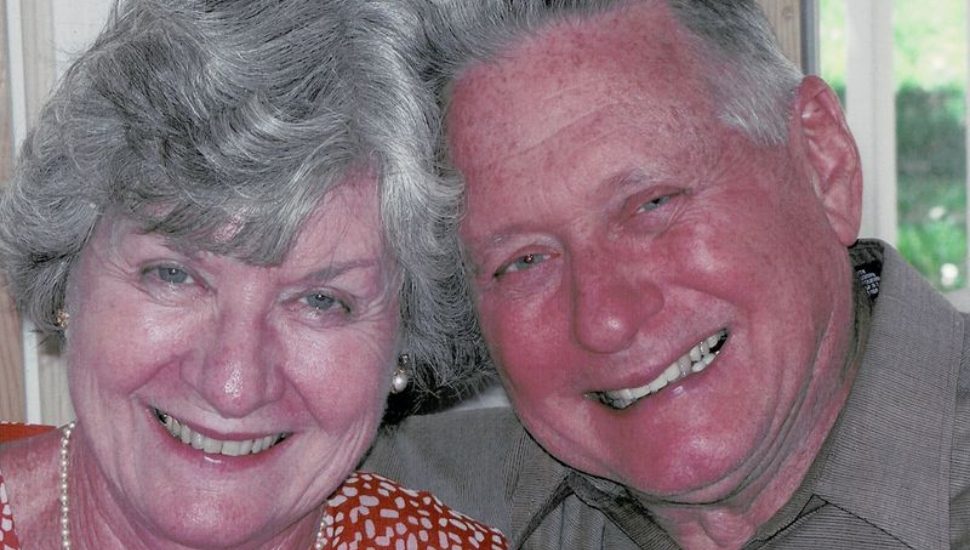 Mary and Charlie Rueger met as teenagers a Philadelphia social club. It took nearly 10 years for them to join in marriage. But once they did, they were rock solid, reported Kellie Patrick Gates for The Philadelphia Inquirer.

The courtship proceeded in fits and starts: He wandered around. She got impatient.

But finally, in June 1956, the couple united for good.

Mary worked as a secretary at the Commonwealth Land Title Insurance Co. Charlie finished his business and accounting degree at LaSalle, then went to work for the American Sugar Refining Co.

Children followed, both adopted and biologic.

The family wended its way through vacations, educations and consternations.

Mary, now 85, and Charlie, 89, have eight grandchildren and four great-grandchildren. They also share their home with Philo, a cairn terrier mix.

“I like to say I married him because he was good-looking, he had a nice car, and he is a good dancer,” Mary said. “But it turns out that he is an extremely good person, a decent, kind, and loving person.”

“I love her more today than I did the day we got married,” said Charlie. “What I’m really enthralled with is her stick-to-itiveness.”

More on this couple and their 65-year relationship is in The Philadelphia Inquirer.