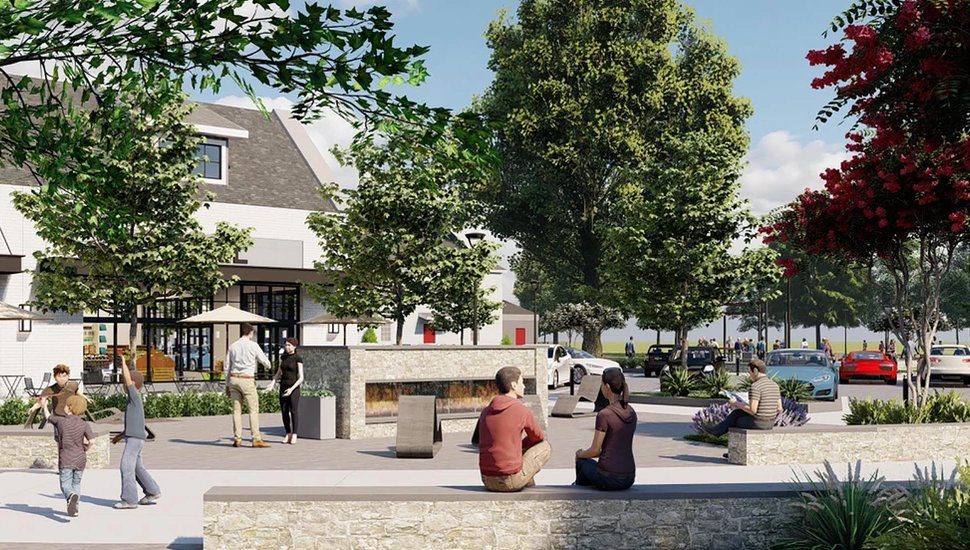 Renderings via Prickett Preserve at Edgewood.

Toll Brothers has purchased the former Limekiln Golf Club in Horsham. It’s from a joint venture between Matrix Development Group and Envision Land Use for $42.8 million.

The transaction followed the successful completion of the land development approval process. The property is a Matrix-Envision partnership for a new residential community called Regency at Waterside.

Toll Brothers has already started work on the project. The Horsham-based home builder plans to develop an active-adult community that would have 475 single-family and carriage houses.

The community will cater to people age 55 and older.

The plans also call for the preservation of 90 out of 209 acres of the property.

This one is in Lower Makefield Township earlier this month for Prickett Preserve at Edgewood.

The partnership between Equus Capital Partners, DeLuca Homes, and Envision will develop a mixed-use project on a 36-acre parcel at Stone Hill and Township Line roads.

The project will have a 100,000-square-foot Wegmans. It will also have six smaller retail buildings, a complex of nine apartment buildings with 200 units, along with some open space.

Read more about the land development projects in the Philadelphia Business Journal.