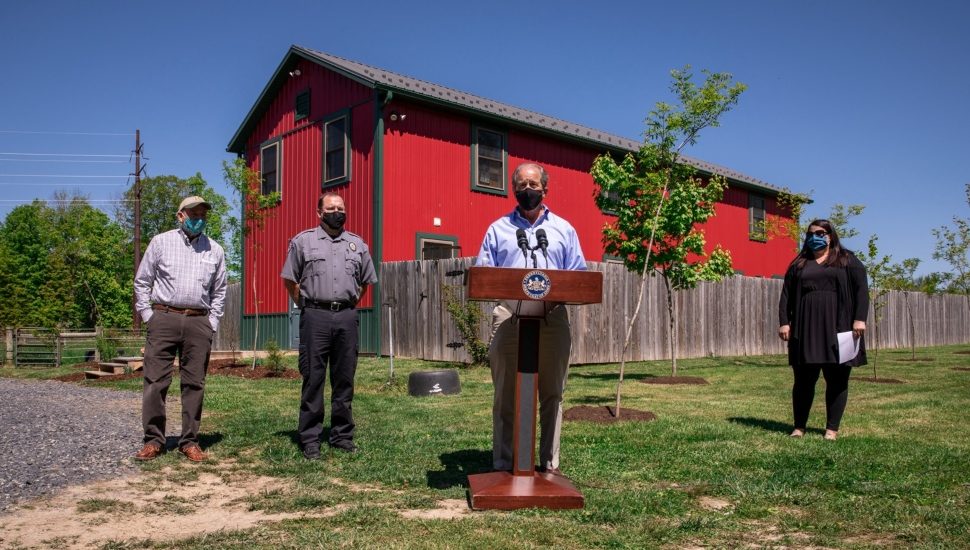 This Bucks County location was chosen specifically to illustrate the operation of a humane, well-run dog breeding business.

Dog license fees fund the Bureau of Dog Law Enforcement, which inspects commercial kennels. The bureau’s increased caseloads and decreased resources could, it is feared, precipitate a resurgence of unethical breeders.

“The majority of licensed commercial kennels give their dogs exceptional care,” Strathmeyer said. “They rely on publicly available kennel inspections to prove their good work and quality.

“Dog warden inspections assure conditions are safe for the dogs and puppies that live there. The more frequent the oversight, the better conditions for dogs,” he asserted.

The potential problem is especially compelling in Pennsylvania, which once held the poor reputation of “Puppy Mill Capital of the East.” The label came from factors that included lax oversight of dog breeders.

Progress brought sweeping changes and improvements. However, the legislation will fund continued diligence.

More on this legislation is at the Pennsylvania Department of Agriculture website.