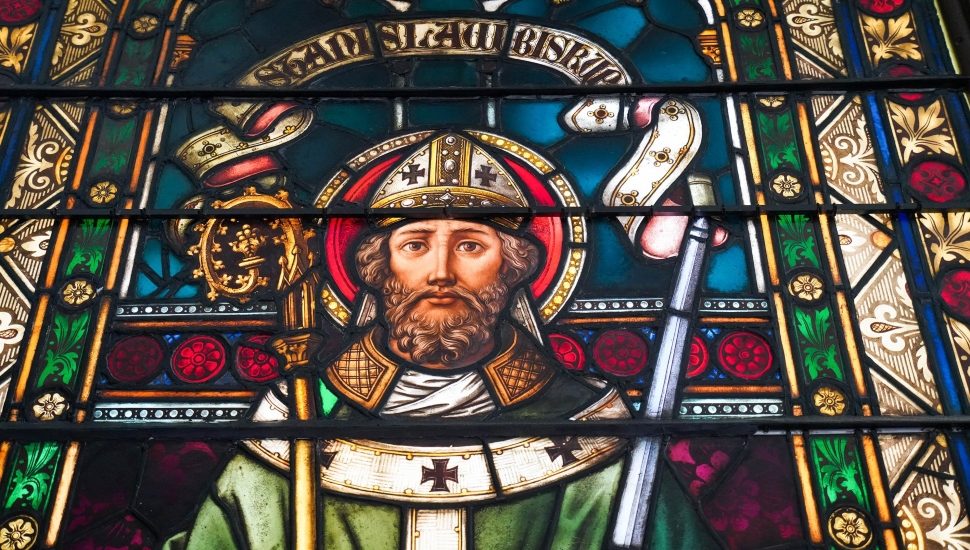 Image via National Shrine of Our Lady of Czestochowa

A stained-glass window, at least a century old, now catches the springtime sun at the National Shrine of Our Lady of Czestochowa, painting the chapel floor with beams of color.

Gracing a wall of the Shrine’s lower church, the window depicts St. Stanislaus, bishop and martyr. In 1079, at the age of 48, Stanislaus was killed in Krakow, Poland, after prolonged animosity with the king.

The window is one of two that were sourced from the now-closed Polish Church of St. Laurentius in Philadelphia. It was established in 1882 in Fishtown, making it the oldest Polish Roman Catholic Church in the Archdiocese of Philadelphia.

Declining attendance in the 1990s and 2000s sealed the fate of the parish. By 2014, ongoing structural instability caused the permanent closure of St. Laurentius. It remained a shuttered hulk, its Gothic spires in danger of collapse.

It still stands, saved from the wrecking ball by the Philadelphia Historical Commission, but its holy contents have long been removed for preservation.

Eventually, the Shrine in Doylestown made the motion to serve as a new home for the hand-crafted windows. The individual panes that created the image of St. Stanislaus were professionally cleaned and renovated, preserving the skill and patience of their Mannheim, Germany creators.

Officials at the shrine hope to house more rescued windows from St. Laurentius.