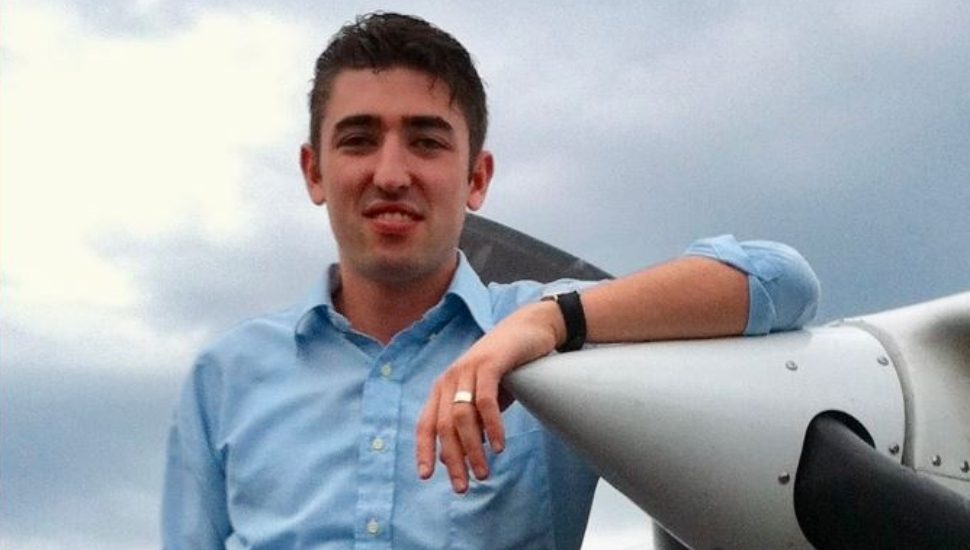 Image via Silverman Gallery.
Artist Evan Harrington with another of his passions, aviation.

Doylestown artist Evan Harrington works in a classic medium — oils. But he brings a modern-day sensibility, including a little cinematography, to his work, reports Michele Malinchak in Bucks County Magazine.

Much of Harrington’s work is still life paintings — but not of traditional still life subjects. He leans more toward airplanes, dogs and shrimp boats than bowls of fruit.

Harrington was taught art from an early age. “I got that initial push from my father” he recalled. Harrington’s dad, also proficient in oils, illustrated posters, magazines and more than 600 book jackets.

The younger Harrington’s education includes a certificate from the Pennsylvania Academy of Fine Arts. He also studied film and U.S. History at the University of Pennsylvania. The latter training sparked an appreciation of Charlie Chaplin comedies. He incorporated cinematic elements such as storyboards and cinematography into his painting.

“It’s an open-ended process,” he says. “I wait for them to talk to me and then pollinate each one.”

Harrington takes the attention brought to him in stride.

“I try not to look at the accolades and don’t want to get complacent,” he said. “Art is the most ambiguous pursuit as far as having a goal to reach. Each painting is its own accomplishment, and then you move on.”

More on Evan Harrington’s skill with a brush is at Bucks County Magazine.