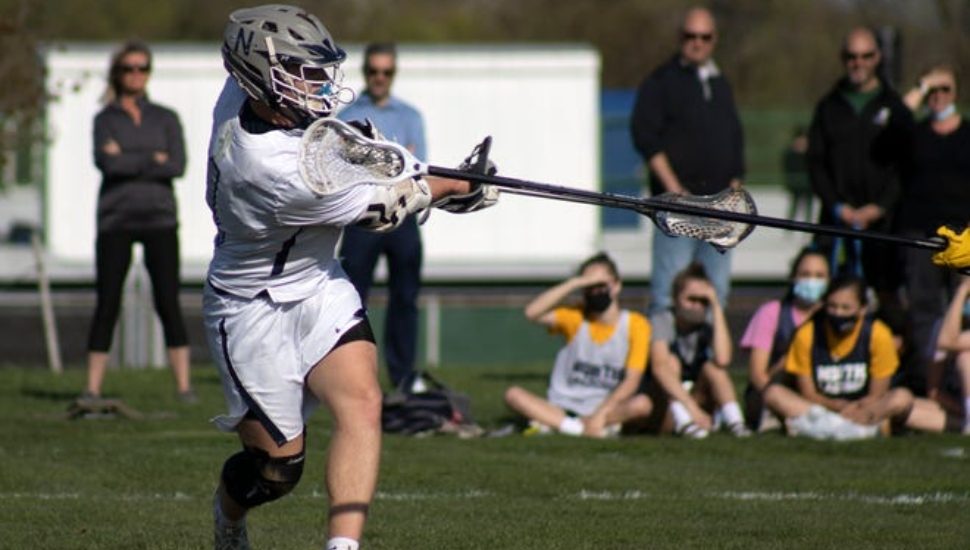 Image via Nur B. Adam at the Bucks County Courier Times.
Luke Walstrum shoots at home game against CB West

When high school athletes are described as having a particular sport “in their blood,” it usually means a deep devotion to it. In the case of Luke Walstrum, the words are true. Walstrum’s talent for lacrosse was passed down to him from two prior generations, reports Nur B. Adam for the Bucks County Courier Times.

Walstrum’s grandfather played in his backyard, absent any formal outlet for the game.

His son, Luke’s dad, played in both high school and college. After graduating and starting a family, free time still revolved around lacrosse. The Walstrums attended alumni games, kids in tow, and remained close to former players.

Luke, therefore, grew up around plenty of sticks and stories of the lure of the sport. As a preteen, he switched from T-ball to a lacrosse ball and never looked back.

Now, he’s chasing a dream: playing in the Final Four for Penn State, his college of choice.

This season has been a record-breaker: Among a slew of national recognitions, he is Council Rock High School’s all-time single high scorer in a single game (12 goals).

Happy Valley lies ahead. But Luke’s focus won’t drift that far in the future. He won’t allow it.

“[Losing motivation] is not in my blood. I’m just such a driven kid,” he said. “There’s just something in me that doesn’t stop the drive. It’s just who I am.”

More on Walstrum’s stellar lacrosse career in high school is at the Bucks County Courier Times.