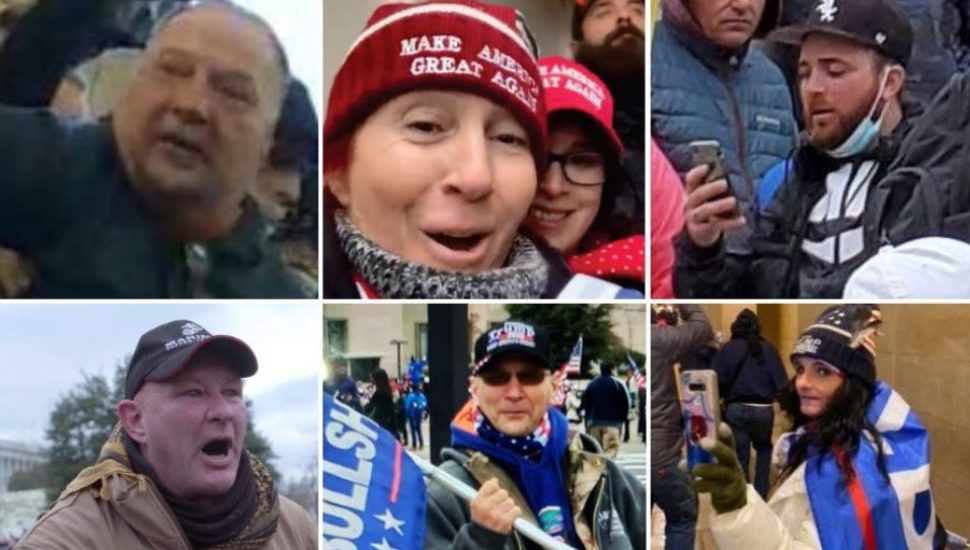 Images via Department of Justice court documents.
Some of the 26 Pennsylvania residents named in the arrests stemming from the Capitol riot. The two red-hatted ladies in the top-middle square are from Doylestown.

Bucks County has a lot to crow about. But one recent distinction is probably one we didn’t want, reports Victor Fiorillo for The Philadelphia Inquirer.

In the aftermath of the January 2021 Capitol riots, arrest records revealed this unfortunate reality: More protesters (four) hailed from Bucks than any other county in the Commonwealth.

As tough as that fact may be, there is solace to be found in another geopolitical slice-and-dice: Protestors from counties across the Commonwealth, although perhaps not as — er — passionate as the ones from here, were out in full force as well. Pennsylvania contributed more angry mobsters in Washington that chilly day than any other state.

The four local politicos nabbed that afternoon comprised two residents from Bristol (Rachel Genco and Ryan Samsel) and two from Doylestown (Diana Santos-Smith and Dawn Bancroft). Highly visible in their red MAGA hats, they were charged with offenses that included violent entry and disorderly conduct.

The Pennsylvania arrests in aggregate accounted for one-tenth of the total number of citizens (266) brought into custody that day. Our statewide haul compares nationally with the arrest of:

Arrestees from New Jersey numbered nine. Maybe the citizenry there was too busy recovering from all those Polar Bear Plunges at the shore to head to Washington.

The FBI’s work in these cases continues.

Chester, Montgomery and Delaware Counties still have a shot at sharing our, umm, infamy.

For more information on angry Bucks Countians (and their counterparts across the nation), see Philadelphia Magazine.

Bloomberg: Capitol Rioter from Sellersville Has No Regrets, Plans To Return to D.C. for Inauguration