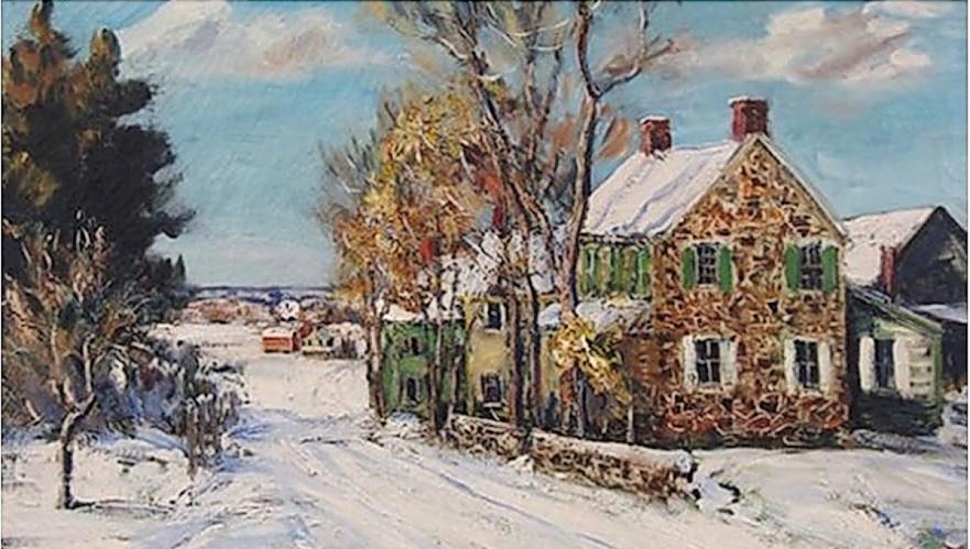 This year’s annual online art auction at the Baum School of Art saw more than 400 works up for bid. The highest earner, in somewhat of an ironic twist, was a painting by the school’s founder, Walter Emerson Baum, reports Antiques and Art Weekly.

Biographical information from the Doylestown’s Gratz Gallery chronicles Baum’s 1884 birth in Sellersville. Of the famed “New Hope Impressionists” — early 20th Century painters of stylized landscapes — he is the only one who hailed from Bucks County.

Baum was also a journalist who wrote for the Sellersville Herald and The Philadelphia Evening Bulletin.

He taught art, which led to his founding both the Allentown Art Museum and the Baum School of Art.

Baum passed away in 1956, in the same county in which he was born.

Today, his work hangs in museums that include the Michener Art Museum, The Pennsylvania Academy of the Fine Arts, and the Philadelphia Museum of Art.

More on this sale is available at Antiques and Arts Weekly.