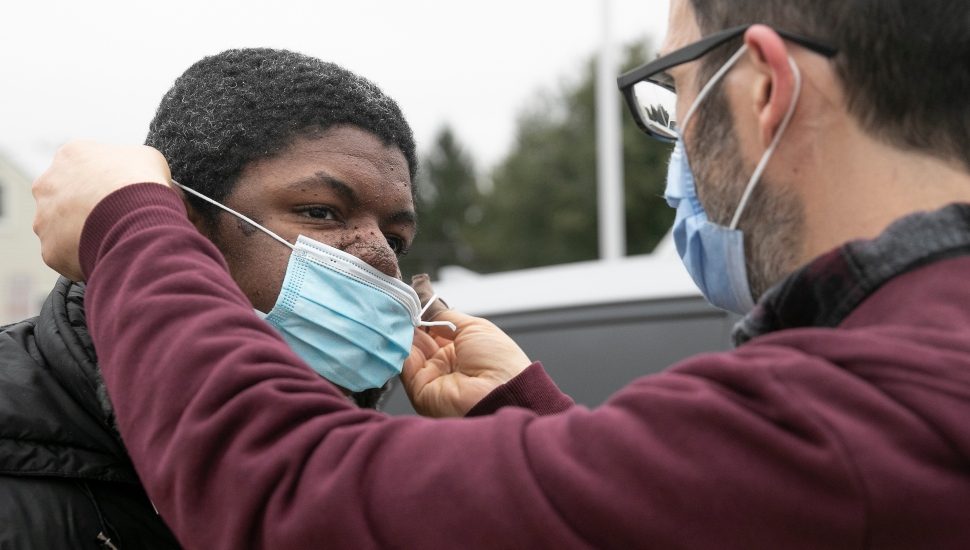 Bob Reiss and Benjamin Tucker were caregiver and client, respectively, with the former working at Woods Services, a Langhorne support network for people with developmental and other disabilities. Tucker, the latter (mildly autistic with multiple sensory issues), was approaching a landmark birthday, one that would disqualify him for onsite living at Woods. So, Reiss knew something significant had to happen, reports Ronnie Polaneczky for The Philadelphia Inquirer.

“You form a bond when you’re with people during key moments of their lives,” said Reiss. “We don’t replace a person’s family — there’s always that boundary; we’re here to support people to make their life meaningful. But it’s impossible to keep your distance.”

Reiss is single, childless, and, as a second-generation caregiver, comfortable in the world of disability. Late in 2020, heard about a program called life-sharing, in which people with disabilities choose to live in the community with a host or family that has been licensed and vetted by the state. When he realized it would work for the situation with Tucker, “it was like that funny lightbulb popped over my head,” he said excitedly.

Entering such an arrangement with Tucker, he realized, would simply formalize the caring relationship they both already treasured.

The men are giving it a try. And thus far, all is well.

Polaneczky’s full story on this unique approach to special-needs residencies is in The Philadelphia Inquirer.