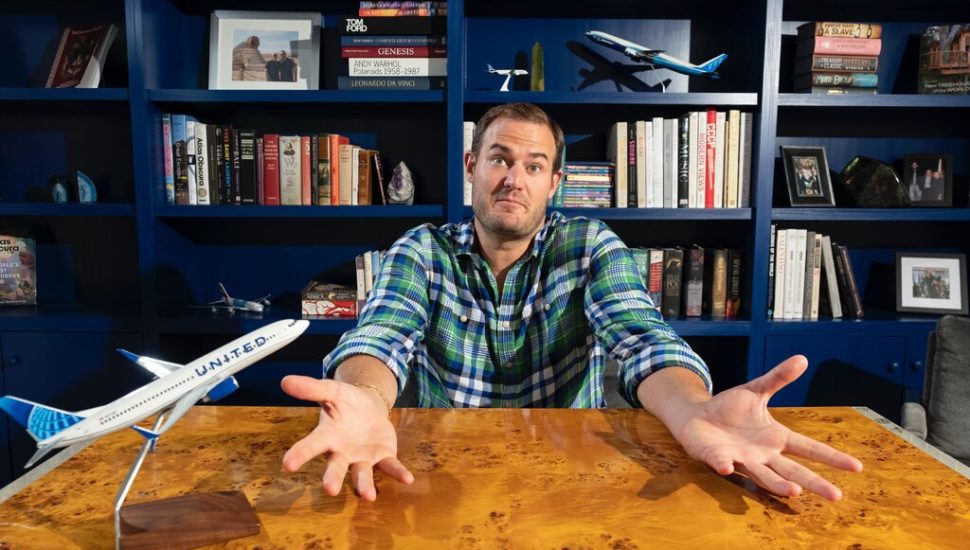 Image via Jonno Rattman, The New York Times
Kelly in his home office in Carversville.

The travel career of Bucks County’s Brian Kelly, a.k.a. The Points Guy, has seen a rapid takeoff, reports The New York Times.

Kelly’s savvy at maximizing credit-card airline miles (“points”) has taken him from his roots in Solebury Township to the four corners of the world.

As a 13-year-old, Kelly’s businessman father — recipient of numerous frequent flyer miles — tossed him a stack of airline statements and offered a challenge: “If you can figure [this] out … we’ll go somewhere.”

Kelly finagled a family trip to the Cayman Islands. The cost of the flight? Not a penny.

He was hooked. A college job as a recruiter racked up more travel, which Kelly snowballed into a treasure trove of rewards.

When his career landed him on Wall Street, he became a go-to resource on low (or no) cost travel. Colleagues dubbed him The Points Guy.

In 2010, he went online. Kelly and his growing staff now post tips and tricks on The Points Guy blog, with an app coming in 2021.

His ongoing success springs from an ability to navigate the difficult rules and regulations surrounding credit card rewards. As these programs grow, his expertise becomes even more valuable.

But in that consumer disorientation, Kelly finds opportunity.

Fantasizing About Traveling … and Much More