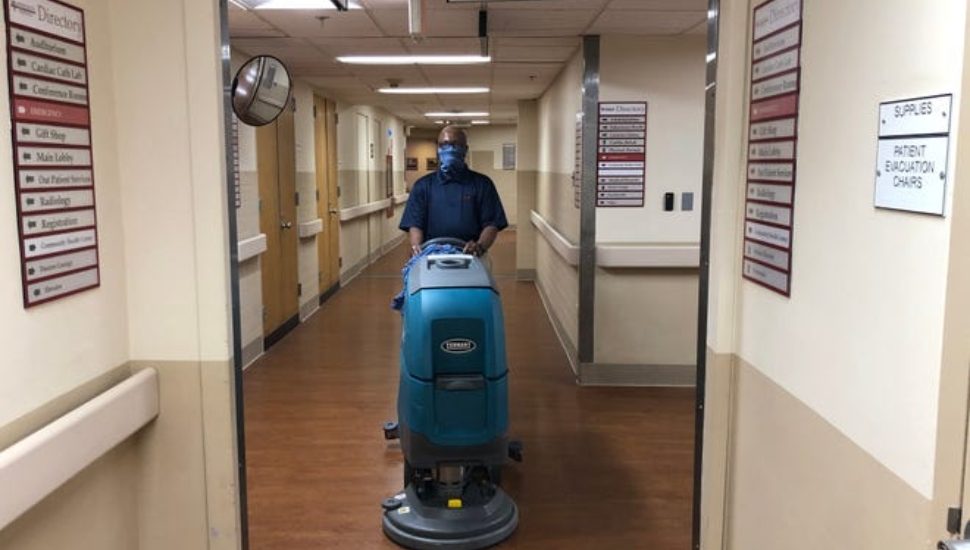 COVID-19 has ramped up the requirements for cleanliness throughout the healthcare industry. But despite the higher standards, Ike Irby at Lower Bucks Hospital has gotten the job done. His diligent efforts earned him personal thanks from U.S. Rep. Brian Fitzpatrick, writes Peg Quann in the Bucks County Courier Times.

Irby, whose tenure goes back 21 years, is part of the behind-the-scenes crew that ensures front-line medical workers have the supplies they need, that medical debris is removed and disposed of safely and that patient rooms are properly sanitized.

Rep. Fitzpatrick paid a visit to thank Irby. In doing so, Fitzpatrick recognized all housekeeping workers at area hospitals who have risked their own safety by ensuring sanitary conditions during the outbreak of a highly communicable and dangerous disease.

“We’re here to honor Ike.” Fitzpatrick said. “Everybody in the hospital absolutely loves him. So many of our health care workers have been honored but a lot of them have not been honored enough … People that do the work behind the scenes, that sometimes doesn’t go as noticed.”

Irby’s name will be written in the Congressional Record in Washington. Fitzpatrick also offered him a personal to see the commendation for himself when public health conditions allow.

For more on the noteworthy work Irby and his crew are doing, read the Bucks County Courier Times story, here.