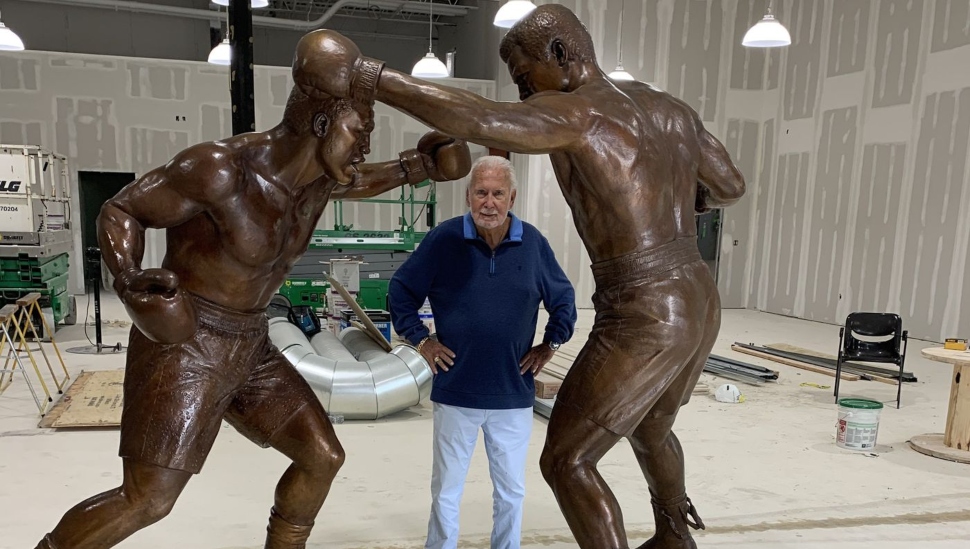 A seven-foot-tall bronze statue commemorating the 1971 Frazier-Ali “Fight of the Century” sits impressively outside of a Feasterville gym, wrote Damichael Cole for The Philadelphia Inquirer.

The statue was the brainchild of a South Jersey sports memorabilia collector who commissioned it without an appropriate site to put it. Joe Hand, Jr., president of Joe Hand Promotions, heard about the homeless sculpture and offered a spot outside his family’s Feasterville gym.

The 1,600-pound, seven-foot-tall tribute to Frazier’s underdog victory was unveiled for the 50th anniversary of the Madison Square Garden match up.

Hand says the statue will be appreciated by the gym’s boxers-in-training as well as neighbors, sports fans and even drive-by commuters. He hopes it will become a “…a new signature piece of hope, dreams and inspiration.”

Read more on this impressive statue at The Philadelphia Inquirer here.