Bucks County – Along with Delco, Montco and Chesco – Takes State to Task over COVID-19 Vaccine Distribution 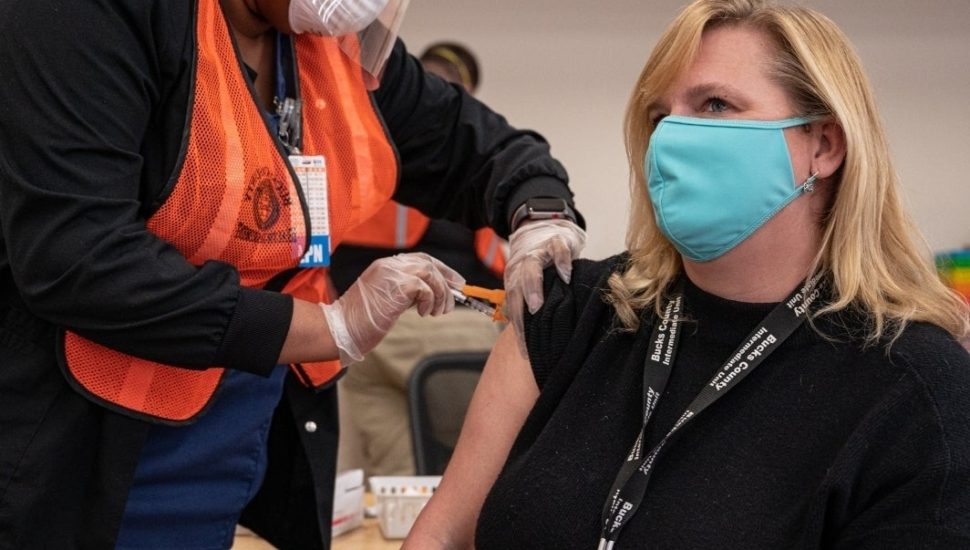 County commissioners, county council members, and state legislators representing Bucks, Chester, Delaware and Montgomery counties met for an hour on Sunday with Pennsylvania Acting Secretary of Health Alison Beam and other Wolf Administration officials regarding the state’s allocation of COVID-19 vaccine to the aforementioned four counties.

The meeting, long sought by elected officials, was arranged after The Philadelphia Inquirer reported on Feb. 27 that the four counties have received far lower state allocations of vaccine than their substantial populations merit.

All four counties consistently have received from the Pennsylvania Department of Health far smaller amounts of vaccine than requested, while less-populated counties elsewhere in the state have received disproportionately large amounts of Pfizer and Moderna vaccine.

Smaller-than-expected allocations in this area have led to long waiting lists and cancellation of second-dose appointments that had been scheduled for weeks, creating understandable frustration and anger. Sunday’s discussion, conducted via Zoom, came after repeated requests from county officials and state legislators for a meeting to explain and remedy these evident inequalities.

After the meeting, elected officials from the four-county region issued the following statement:

This afternoon’s meeting with the PA Department of Health was both disappointing and frustrating.

There remains a lack of transparency on the total doses that have come to our counties from every source, therefore, we have no way to assess how the data presented to us today was calculated, and how those calculations have been used to determine the number of doses that have been allocated to our four counties. Additionally, we were not given any indication of the plan to make up acknowledged shortfalls to certain counties going forward.

Acting Secretary Beam did confirm that no county will move to vaccinate people in Phase 1B before sufficient vaccine has been made available to all counties to fully vaccinate residents in Phase 1A who wish to be vaccinated – with the exception of teachers and educational support personnel who are directly receiving the Johnson & Johnson vaccine from the state.

Together we call on Acting Secretary Beam to swiftly do the following:

Bucks County Officials: We Are Not Getting the Amount of Vaccine We Need