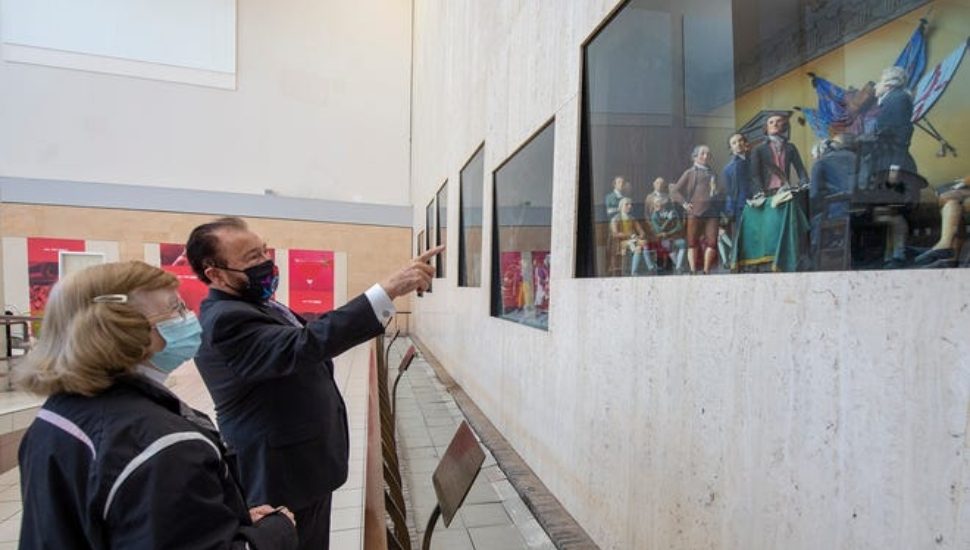 A set of five historic dioramas — near life-sized models with detailed backgrounds — must be rehomed, writes Damon C. Williams for the Bucks County Courier Times.

The artwork was originally installed in the Neshaminy Mall at its opening in 1968 as part of the now-defunct Strawbridge & Clothier’s. Macy’s took over that anchor spot (as well as the display) in 2006.

But the dioramas’ future began to get shaky when Macy’s closed in 2017 and the property was sold last year.

Now, the Bensalem Historical Society and Mayor Joseph DiGirolamo are working to save the five eight-foot-long depictions of the past. There is little hope that they can still be displayed together; however, separate sites are being sought.

The dioramas depict events such as William Penn’s purchase of land from Pennsylvania’s Native Americans, the transport of the Liberty Bell from Philadelphia to Allentown and George Washington’s winter encampment at Valley Forge.

“They are very fragile,” DiGirolamo said. “We want to make sure that this history is saved. This is very important to us in Bensalem.”

More information on these historical depictions is here.