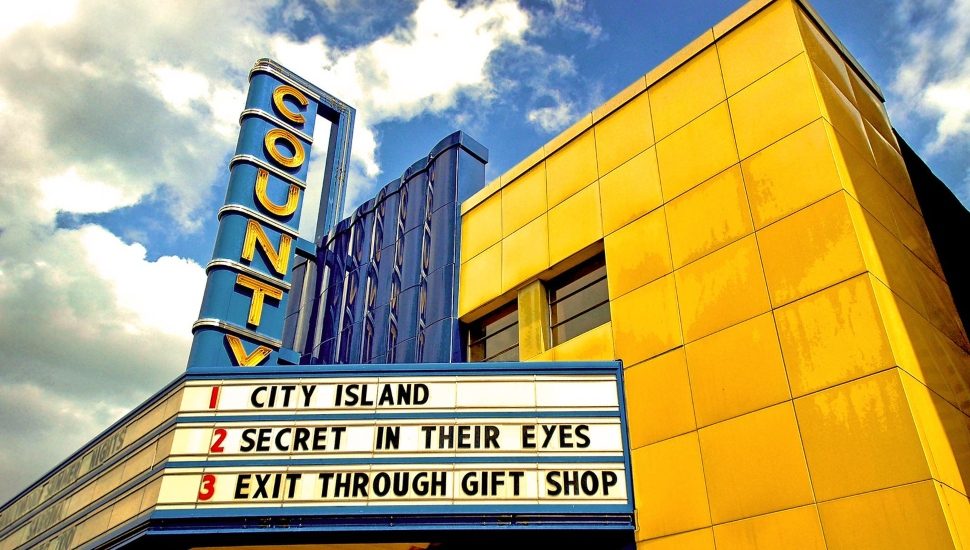 If the multimillion-dollar renovation of the County Theater were a list of coming attractions, it would read something like this: Nestle in the new seats! Gaze at the gigantic screen! Marvel at the state-of-the-art projection technology! And bask in the glow of the refurbed neon sign! Opening… soon? That’s TBD, writes Freda R. Savana for the Bucks County Herald.

John Toner, the arthouse cinema’s founding director commented on the project’s progress: “We hope to see completion by April 15,” Toner said. “As to when we open, that’s a moving target.”

Several factors will influence the reopening decision, the director said. “There aren’t that many arthouse film distributors distributing films right now, so there’s not a lot to show. And everyone is waiting to see when people will feel comfortable coming back into theaters.

“It’s possible it could be May… maybe, June,” explained Toner. And, he noted, “…as a nonprofit, once we reopen, our expenses substantially increase, so we need to know people will be coming in.”

The ambitious project began in January 2020, and, except for the five weeks when Pennsylvania shut down all construction due to the COVID-19 pandemic, the $5.3 million project has continued, said Toner.

More details on the refreshed Doylestown County Theater are in the Bucks County Herald.

Psst... Wanna See a Movie? In a Real Theater? Ya Gotta Know the Password