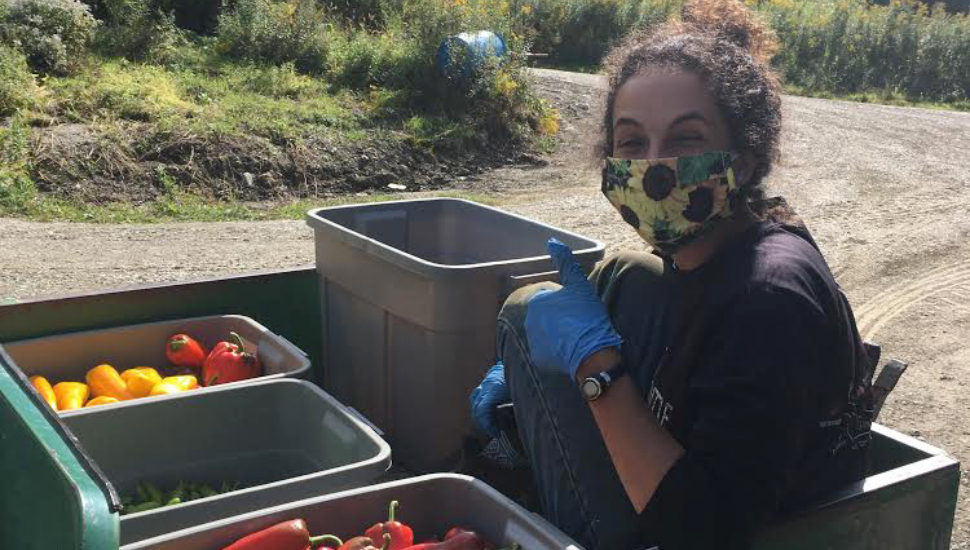 Image via The Jewish Exponent.
Klielle Glanzberg-Krainin harvests vegetables at True Love Farm in Shaftsbury, Vermont.With the Jewish farm movement, led by activists like Glanzberg-Krainin, sweeping the Philadelphia area, Shalem Farm in Doylestown will join the trend as an education site for Jewish sustainable culture.

With the Jewish farm movement sweeping the Philadelphia area, Shalem Farm in Doylestown will help the trend expand further as an education site for Jewish sustainable culture, writes Sophie Panzer for the Jewish Exponent.

Farmer and Jewish educator Yitzchak Glasman will start building the organic farm this month. He will be using a “seed kit” provided by Jewish Farm School, the now-defunct Jewish sustainable agriculture organization in Philadelphia.

The kit consists of tools and resources that can be used by those who are interested in seeking a spiritual connection to their food.

The number of young Jews who have opted to start farming during the pandemic has increased significantly. For some, like Klielle Glanzberg-Krainin, Judaism and farming have provided comfort at these uncertain times.

“When you’re farming, you can do everything right and then still have a crop failure because of the weather or like any number of things,” she said. “I feel like a big part of what’s important to me about Judaism, or I guess just being a religious person more broadly, is just like being aware of the mystery of the things that are out of our control.”

Read more about Shalem Farm at the Jewish Exponent here.