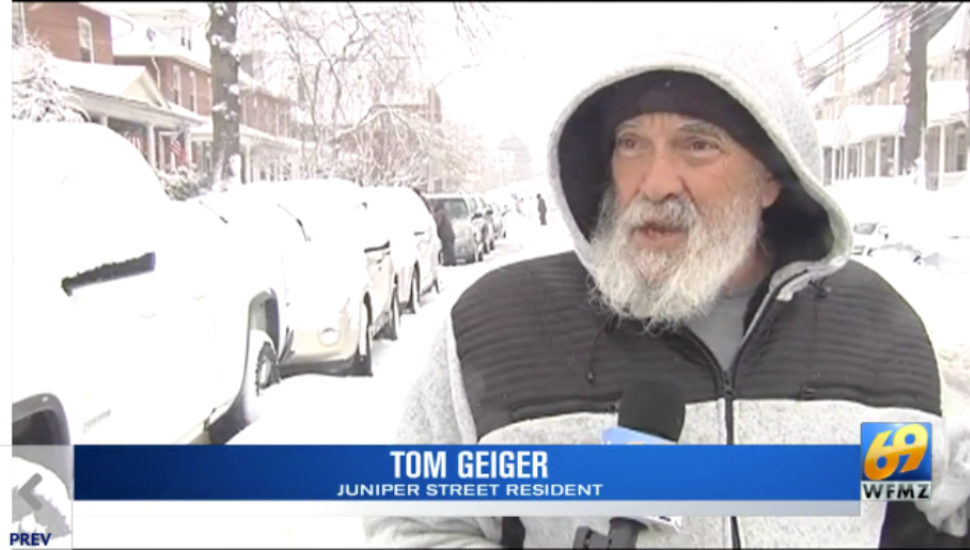 Image via 69WFMZ
After double-digit snowfall covered the town, Quakertown neighbors grabbed shovels to help clear their street while joking with each other to keep spirits up.

After double-digit snowfall covered the town, Quakertown neighbors grabbed shovels to help clear their street along with a healthy dose of sarcasm to make sure that everybody keeps their spirits up, writes Jaccii Farris for WFMZ 69 News.

“We like to you know, bust on each other,” said Tom Geiger, the unofficial mayor of Juniper Street. “You know, like did you shovel correctly and why did you put the snow there?”

“It was actually kind of a shock to see everybody out here,” said McCallister. “My last storm I lived on a corner and I shoveled it by myself.”

In fact his time his neighbors did not just clear his walk once, but twice during the storm. So he made sure to grab his shovel and return the favor.

And while he was busy shoveling, his daughter, Raelynn, was enjoying an improvised snow slide.

“She loves the snow,” said McCallister.

Read more about the snow-clearing effort at WFMZ 69 News here.