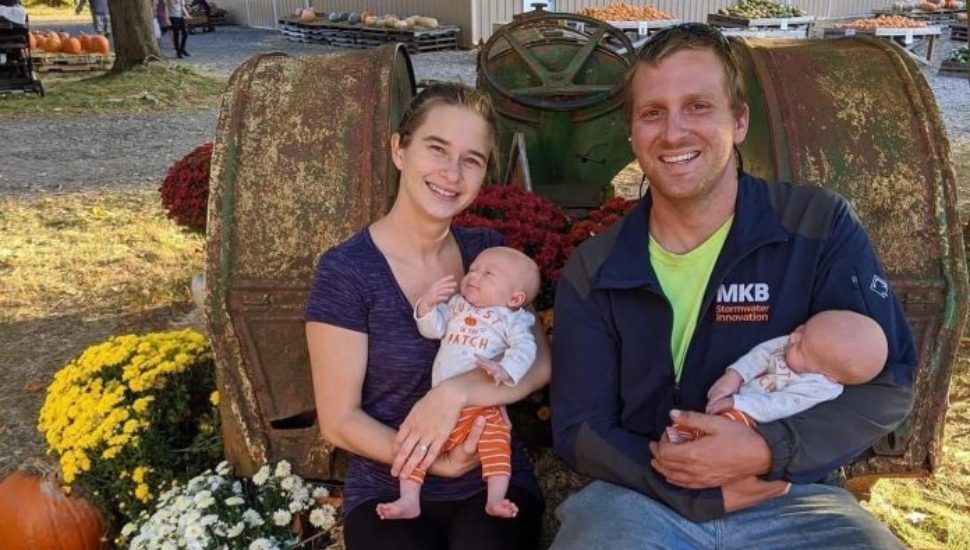 Image via Lower Bucks Times.
Kristin and Tim Fields and children. Middletown Township has approved one long-term lease for the Styer property, uniting Styer Orchard and the Market at Styer under management of a single entity.

For the past two decades, Styer Orchard and the Market at Styer in Middletown Township had been operating under two separate leases, writes Samantha Bambino for the Lower Bucks Times.

Styer Orchard was run by Mike and Karen Field until their son Tim took over in 2019. Meanwhile the farm store was managed by Dave and Sharon Barberides.

However the township board of supervisors recently voted to approve one long-term lease with one party starting from January 31. Field has been selected to oversee both the orchard and the store.

Under the new lease, the harvest from the orchard will be sold at the store, which, the board believes, was the vision of founder T. Walter Styer when he bought the property in 1910.

“[My wife] Kristin and I are grateful for this opportunity to unite the orchard and the market,” said Tim.

Meanwhile, the former store owners are devastated by the choice made by the board. They wrote in a Facebook post they were blindsided by the decision.

“We weren’t even given the courtesy of being told personally,” they wrote.

Read more about the Styer property at the Lower Bucks Times here.