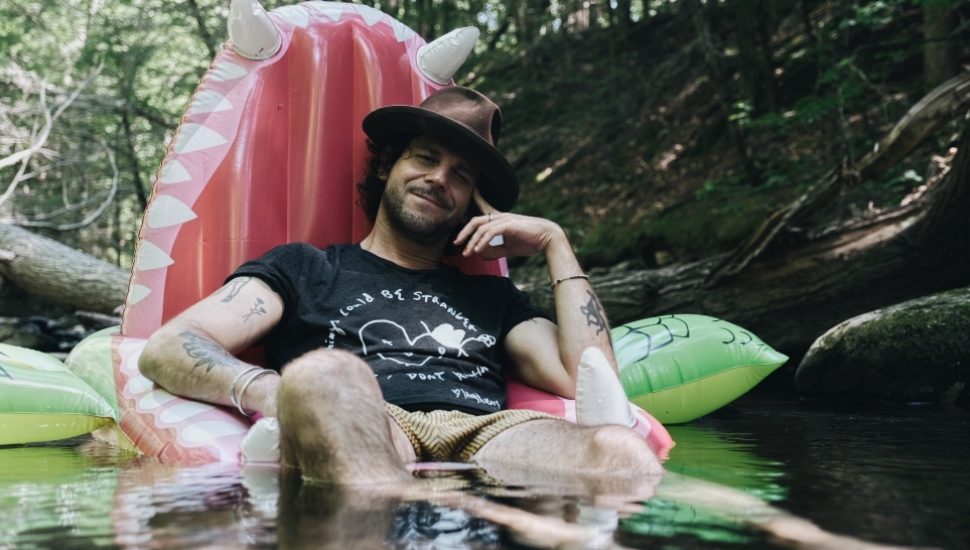 Image via Facebook.
Langhorne Slim, whose performing name is a tribute to his hometown, has released a new album, Strawberry Mansion, that reflects current times.

Langhorne Slim, whose performing name is a tribute to his hometown, has released a new album, Strawberry Mansion, that reflects current shut-down, shut-in times, writes Barry Mazor for The Wall Street Journal.

Born Sean Scolnick, the artist has been recording and touring for the past 15 years. His music has strong pop sensibilities and hooky melodies along with alternative country-inspired lyrics.

Early in his career, two of his songs appeared in major ad campaigns. Travelers Insurance featured Worries while Coca-Cola used Put It Together.

His move to East Nashville, Tennessee, was followed by a tornado and the COVID-19 pandemic. These setbacks – which were accompanied by a bout of depression – engineered a burst of creativity for the artist that resulted in 18 new songs for the latest album.

The songs are focused and honest in dealing with the current gloom but they are also delivered in a frisky and good-natured style. The album’s opener, Mighty Soul, for example, refers directly to the tornado and the pandemic, but remains spirited and spiritual.

Langhorne Slim is backed by Paul DeFiglia and Mat Davidson, his multi-instrumentalist friends and co-producers.