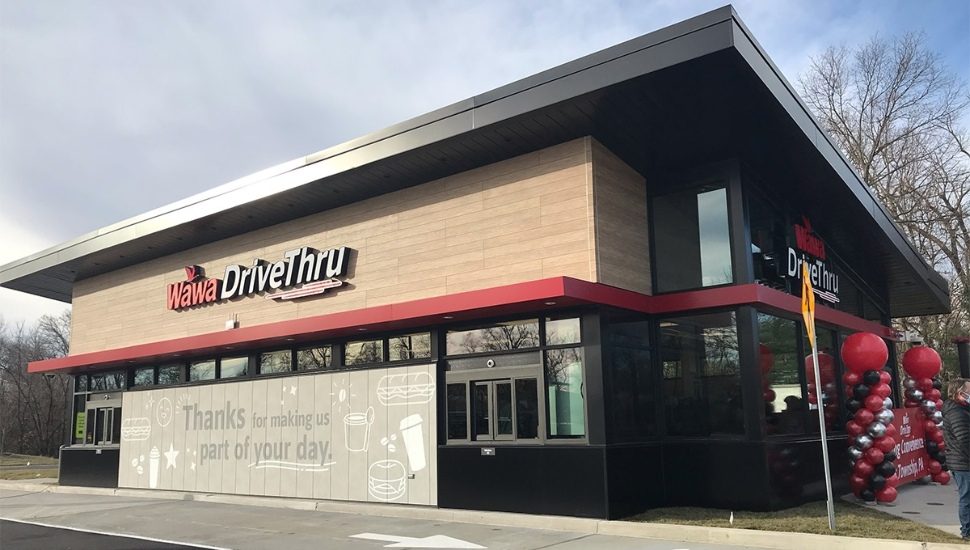 Image via Wawa.
Wawa has opened a drive-thru store in Morrisville, Bucks County.

The popular convenience store is a 1,800-square-foot structure at 549 W. Trenton Avenue in Falls Township, has a single-line drive-thru with the capacity for 12 cars at a time.

The new location operates every day from 6 a.m. to 10 p.m. and serves breakfast, lunch, and dinner.

The menus are available both on digital boards and for mobile devices using scannable QR codes and feature single and bundle offerings of Wawa’s usual favorites along with some new items such as burgers and fries.

The first drive-thru location has been in the works since March, according to Terri Micklin, director of construction at Wawa. While the company had previously considered adding drive-thru locations, the pandemic “acted as a catalyst to accelerate that going forward,” he said.

The new location is less than half the size of a traditional Wawa. At around $2 million, it was also about half as expensive to make.

“It allows us to get greater density and put these in different places and could create a lot of opportunities for our growth strategies going forward,” said Micklin.

Read more about Wawa at the Philadelphia Business Journal by clicking here.