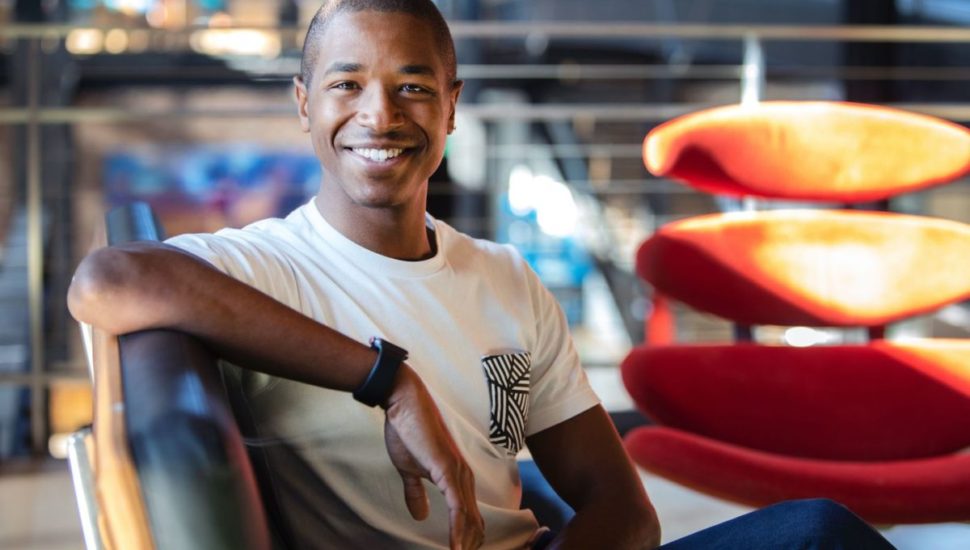 Image via The Philadelphia Inquirer / © 2020 DISNEY/PIXAR. All Rights Reserved.
MontaQue Ruffin, who grew up in Levittown, is a Pixar animator who most recently worked on the studio’s big Christmas release, the groundbreaking “Soul.”

MontaQue Ruffin, who grew up in Levittown, is a Pixar animator who most recently worked on the studio’s big Christmas release, the groundbreaking “Soul,” writes Brandon T. Harden for The Philadelphia Inquirer.

The thirty-year-old has already amassed impressive film credits that include working on Academy Award-winning films such as Coco and Toy Story 4 as well as other Disney and Pixar films like Incredibles 2 and Finding Dory.

Ruffin attended New York’s School of Visual Arts where he studied computer animation. His first professional milestone was when he landed an internship with Pixar during his senior year of college.

He then worked for the Moving Picture Company for two years before returning to Pixar in 2015.

The latest project he worked on – Soul – features Pixar’s first Black lead character, was especially important to Ruffin. The movie explores the themes of purpose and destiny and Ruffin hopes it delivers an encouraging message to the audience.

“I hope that they are just reminded that whatever they are pursuing or searching for, doesn’t matter how it looks, nothing goes in vain,” he said. “There’s always a lesson to be learned.”

Read more about MontaQue Ruffin at The Philadelphia Inquirer by clicking here.