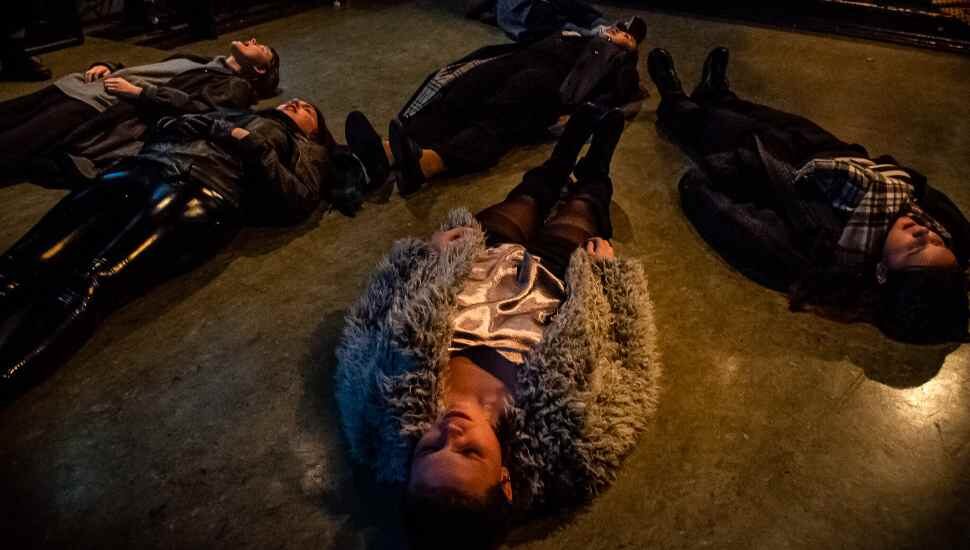 Students at Central Bucks High School – West are wondering if the non-answer they received on a proposed student production is, in fact, an answer. Maddie Hanna lifted the curtain on the details in The Philadelphia Inquirer.

The school’s performance group, the Harlequin Club, sought the rights to perform Rent School Edition. On-campus administrators viewed the material, considered the request, and approved the suggestion. The piece admittedly had its controversial aspects, some of which carried over from the Broadway original, but its somewhat diluted content seemed acceptable.

When the proposal went to the administrators of the local school board, however, the musical stalled.

School board leaders expressed a later-unconfirmed assessment that even with the licensing agency’s official trims, the show was “too controversial.”

The scaled-down version of Rent, the 1996 Pulitzer Prize– and Tony Award–winning musical based on the Puccini opera La Bohème, retains some of the more adult themes of its Great White Way forebear. Its characters squarely face questions and concerns about sex, drug use, and death. However, as Addisan Arbogast (copresident of the Harlequin Club) correctly pointed out, those plot points are also present in musicals such as Les Misérables, which are commonly presented on high school stages.

Absent any official word as yet, Arborgast is conjecturing that the hesitancy surrounding Rent School Edition is its LGTBQ content.

That assertion has not been substantiated.

A district spokesperson says that its administrators are still reviewing the script, as they do for all productions.

“No final decision has been made,” she said.

More on this story is at The Philadelphia Inquirer.