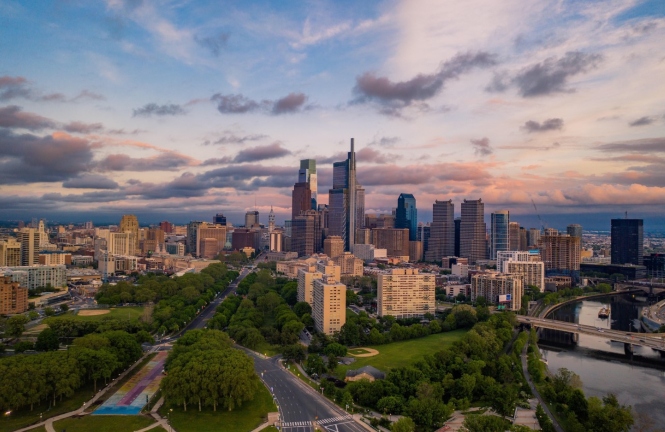 New Unacast data has confirmed the locally popular notion that the pandemic is encouraging more people from New York to move to the Philadelphia region. Image via Dampman2214 on Reddit.com

New Unacast data has confirmed the locally popular notion that the pandemic is encouraging more people from New York’s five boroughs to move to the Philadelphia region, writes Matthew Rothstein for the BisNow.

According to data from the location services firm, 7,500 people migrated from New York to Philadelphia from the start of this year until the first week of September. Meanwhile, around half of this number have moved in the opposite direction.

This makes Philadelphia’s MSA the third-most-likely target for people who have decided to leave New York so far this year, behind Miami and Los Angeles.

“Philadelphia’s advantage is that the cost of space in renting and housing is less than Manhattan,” said Apartment List Chief Economist Igor Popov.

Within Greater Philadelphia, people are also migrating toward the suburbs. According to Unacast’s mobile data, Philadelphia proper has lost net residents to Montgomery County, as well as neighboring Bucks and Delaware counties to its West, and Camden and Burlington counties to its east. This migration outnumbers the number of residents that the city has gained from New York.

Read more about the migration patterns at the BisNow by clicking here.