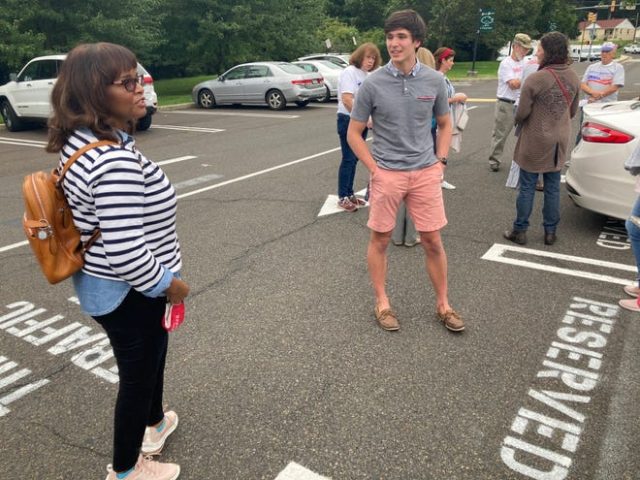 Kathy Barnette is the first black woman to run for Congress in Pennsylvania’s fourth congressional district that encompasses the majority of Montgomery County. Image via the Courier Times.

Republican congressional candidate Kathy Barnette is the first black woman to run for Congress in Pennsylvania’s fourth district that encompasses the majority of Montgomery County, writes JD Mullane for the Courier Times.

Barnette grew up on a pig farm in southern Alabama “below the bottom rung on the economic ladder,” she said.

“We just found a picture of my great, great, great grandmother, Rhoda,” said Barnette. “She was a slave. I grew up in the same house where she lived. I am very aware of her story, and those who came before me.”

She rose from child poverty and went on to spend a decade in the Army Reserves before going on to college. Following that she worked as a corporate financial analyst.

Then after creating the provocative video, “I’m Black, But I’m Not a Democrat,” she got the attention of Fox News which came with an invitation to discuss it. She credits the video with changing her life and her career trajectory.

“Running for Congress was not on my bucket list,” said Barnette.

Read more about Kathy Barnette at the Courier Times by clicking here.

Despite More Women Than Ever in State Politics, PA Ranks 31st for Women’s Political Participation Nationwide