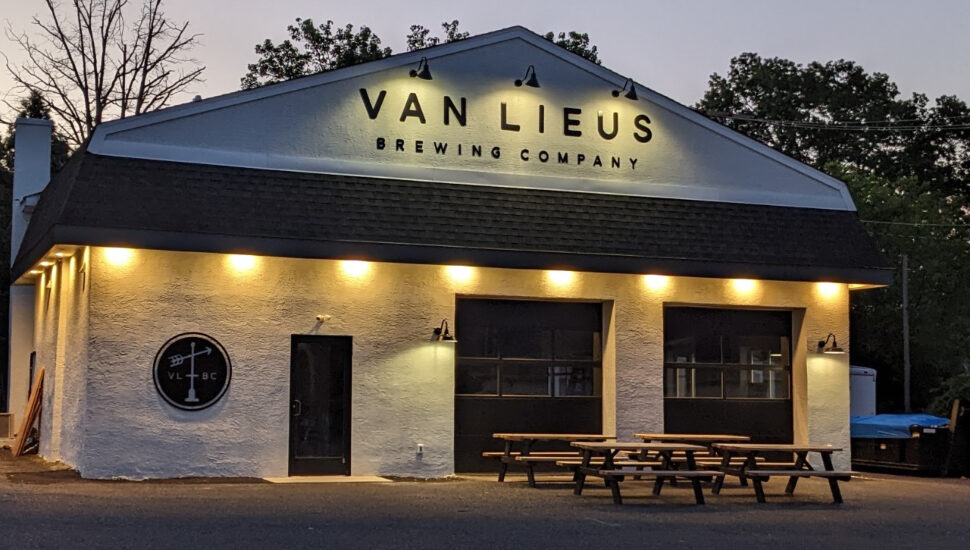 Image via Van Lieus Brewing Company
The Perkasie taproom will now be a part of the popular beer tour.

A Bucks County brewery has just been added to a popular beer tour in the area, and the new business is excited to take part in it. Jennifer Rogers Burns wrote about the new brewery for Visit Bucks County.

Van Lieus Brewing Company, located at 211 West Walnut Street in Perkasie, has just been added to the famous Bucks County Ale Trail. Having just opened back in October, the brewery is the latest addition to the tour, where local and visitors to the area can travel the area and discover new beers.

The brewery takes pride in its approachable, balanced beer, offering a modern take on the owners’ favorite traditional styles. The VLBC tap list will be heavy on New England IPAs and British staples, including bitters and ESBs.

Guests tot he brewer can enjoy a variety of drink options, including:

Read more about the brewery at Visit Bucks County.

A New Perkasie Brewery Is Scheduled to Open on Saturday