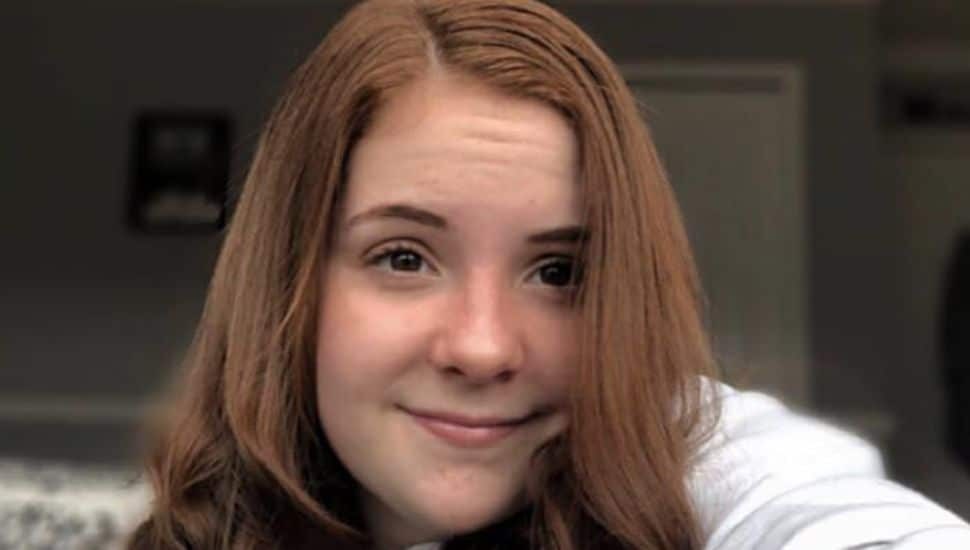 TMF, the nonprofit veteran service organization, was named for Marine Travis Manion, who lost his life in the Iraqi War in 2007. It works to support veteran causes while inspiring others to a life of service.

Egan, a Bristol resident, connected with TMF as a high-school senior.

She undertook the project of a student-constructed memorial at her high school to honor Capt. Scott E. Craven, a fellow Conwell-Egan graduate who served in the U.S. Air Force. Craven was killed in a car accident in 2006.

“I learned so much about how to be a better person, and how to make my community and the people around me better,” she said, reflecting on her effort.

In awarding her the “Character Does Matter” Scholarship, Ryan Manion said, “Caitlin is an amazing young woman whose drive and initiative serves as a powerful example of how to live with character by putting the interests of others before oneself.” Ryan Manion is Travis’ sister and TMF president.

Scholarship in hand, Egan intends to earn an accounting degree from the University of Alabama.

More on Caitlin Egan is at Yahoo Finance.

Looking to Improve Your Kids' Education? Here are the Top Options for Private Schools in the Bucks County Area