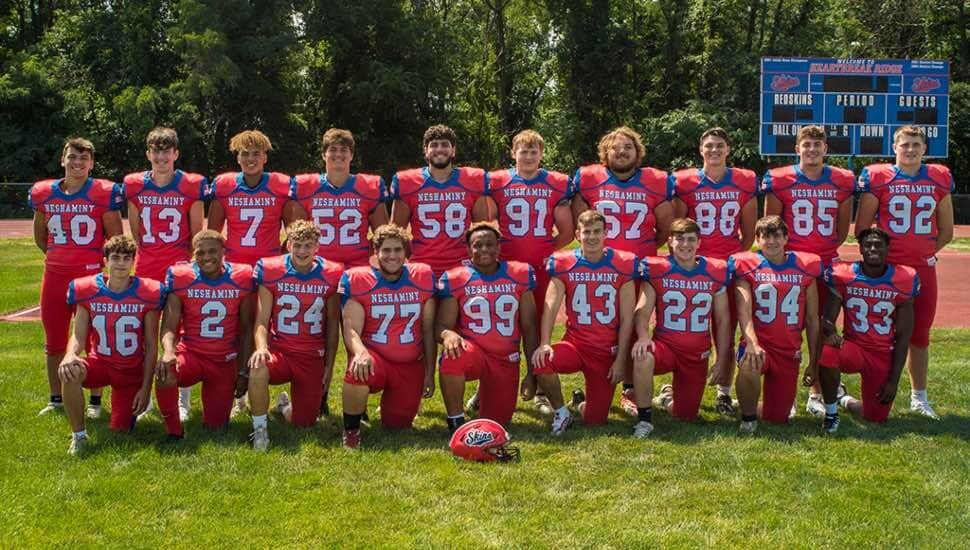 Image via Neshaminy Football
The player has named a top player in Pennsylvania.

A Bucks County football player has recently been awarded for his skills on the field, and he plans on taking his career even further.

Nicholas Buchys, a senior and Neshaminy High School and a member of the school’s football team, was recently named one of the 55 Mini Max Award Winners in Pennsylvania for the 2022 football season.

“This prestigious award is given through the Maxwell Football Club of Pennsylvania and is one of many honors he has earned during his time playing for the Skins,” the school district said online.

With a PA Ranking of 131, Buchys has been an essential member of the team since he joined. His latest achievement is just proof of his excellence in the sport.

Buchys will be graduating from the Langhorne high school in June. He has committed to playing football and attending the US Military Academy at West Point after he graduates.

Learn more about Buchys and his football career at Max Preps.