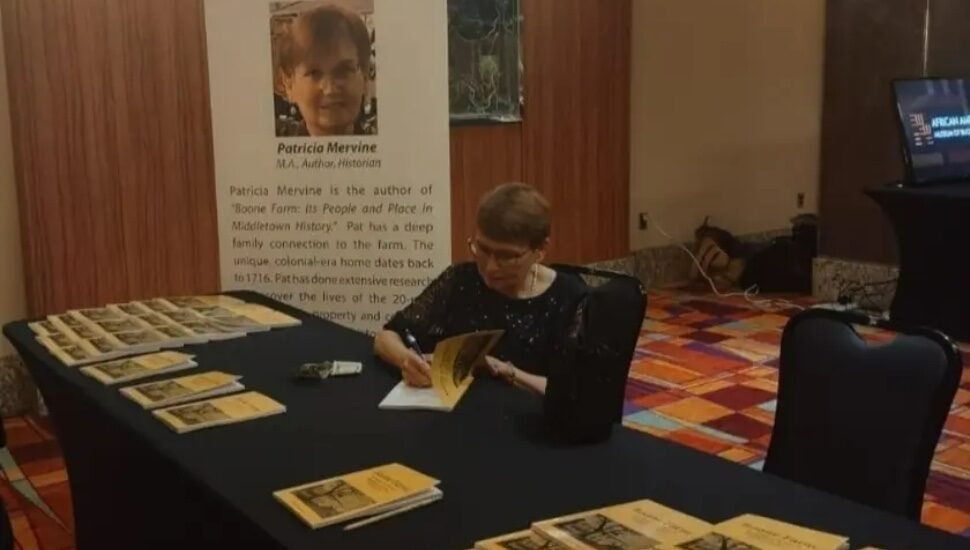 Image via African American Museum of Bucks County
The author's book discusses the history of a local museum's new home.

A Bucks County author has published a new book on the history of one of the area’s most well-known and most talked about estates. Dino Ciliberti wrote about the author for the Bensalem Patch.

Boone Farm in Langhorne, the future permanent home of the African American Museum of Bucks County, is the subject of a new book by local author Patricia Mervine.

Her book, Boone Farm: Its People and Place in Middletown History was released in early December at a fundraiser for the museum. It is available for purchase at Commonplace Reader Bookstore in Yardley and from Middletown Township Municipal Building and is currently in its second printing.

Boone Farm has historical ties with the Great Migration of the 20th century and as such, it is eligible to be on the National Register of Historic Places.

For Mervine, who has previously written children’s books and books on speech therapy, this is her first foray into history as a book subject. So she chose a subject very close to her heart.

“I was always interested in the farm since my parents lived there,” said Mervine. “It’s part of family lore.”

Once a bustling farmhouse, the property will now transform into a museum that will showcase the ways people were “exposed to life in the colonial structure” in Bucks County.

Read more about the book in the Bensalem Patch.

Where Does the Name 'Lahaska' Originate From? One Bucks County Historian Has the Answer