Pennsylvania Population Declines by 40,000 Residents Over a Year 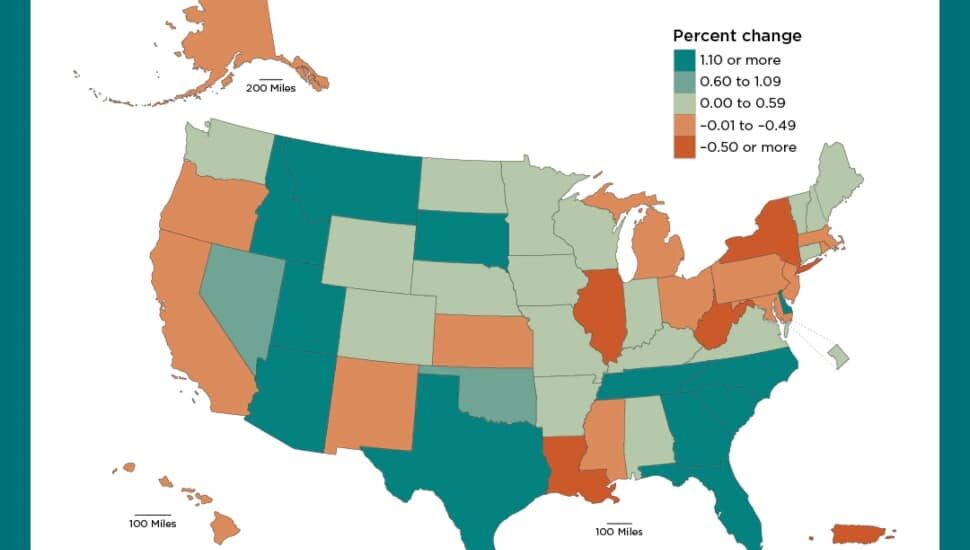 Pennsylvania’s population declined by over 40,000 residents between July 1, 2021, and July 1, 2022, the fourth largest loss in the country, writes Jordyn Hironec and Ryan Sharrow for Philadelphia Business Journal.

The three states with a greater population decline in that same year were New York, California and Illinois, with New York losing more than 180,000 residents.

Pennsylvania’s numbers show a 0.3% decline in population compared to the previous year, as people left the state for elsewhere.

In total, 18 states saw a decline in population over the course of the year.

By comparison, the Pittsburgh Metro Area lost over 17,000 residents.

The states with the greatest population growth were Texas, Florida, North Carolina, Georgia and Arizona.

Read more about Pennsylvania’s population drop and how it compares to other states in the Philadelphia Business Journal.