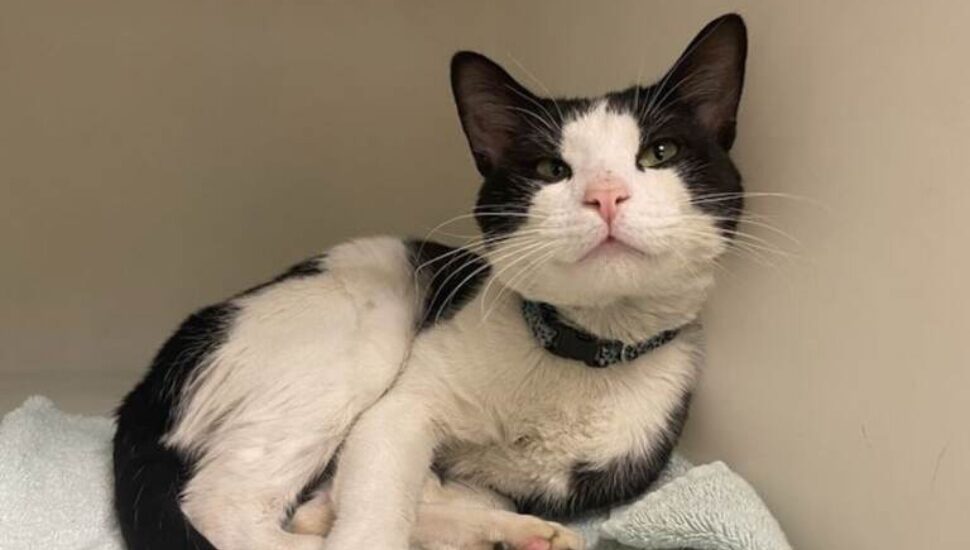 Image via Bucks County SPCA
Jasper was one of the cats recently rescued by the animal shelter.

A Bucks County animal shelter recently saved a large amount of cats that were living in subpar conditions in the area. Kenny Cooper wrote about the rescue for WHYY.

The Bucks County SPCA has saved nearly 60 cats from a hoarding situation in Perkasie. Humane law enforcement officers learned about the situation from tips about the poor conditions the animals were in.

However, the officers were unable to get onto the property at an apartment complex until last Tuesday, when the owner was evicted leaving fourteen cats behind.

The Bucks County SPCA believed there were more animals involved and that turned out to be true. The owner dropped off additional 37 cats at the Quakertown shelter the following day, for a total of 51 animals.

Then, on the weekend, the woman brought eight more cats and told the shelter that she would be bringing in a dozen more.

“As far as we know, these were all animals she had at this one location, at this apartment where she was living,” said Cindy Kelly, the Bucks County SPCA’s director of communications and development. “The apartment was rather filthy. There was cat feces everywhere. And, you know, that’s too many animals for anyone and for any one household.”

Read more about the recent rescue at WHYY.