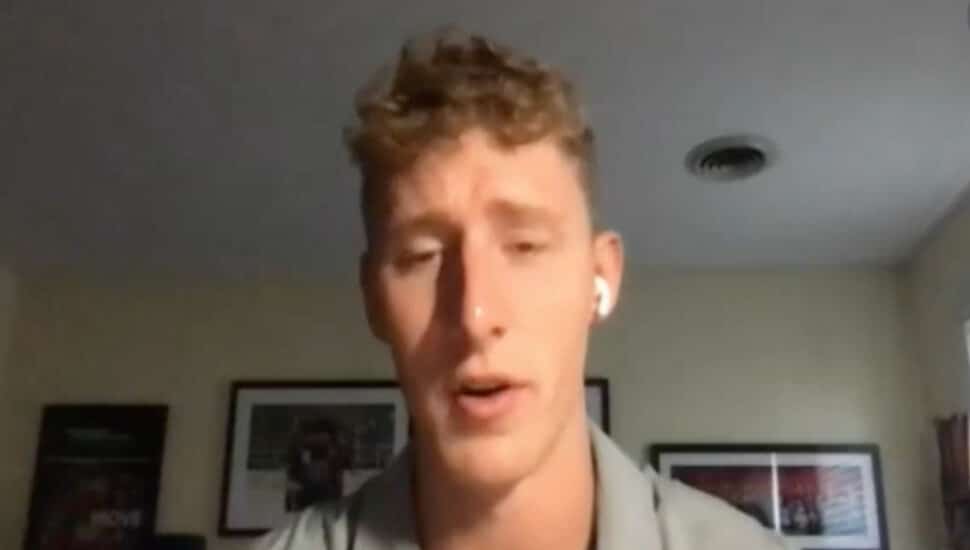 Image via NBC 10 Philadelphia
the young player discussed his journey of medical recovery after a major health scare.

A Bucks County hockey player has been sharing his story of his return to the ice following a harrowing health scare earlier this year. Staff writers at NBC 10 Philadelphia covered the young man’s journey.

Jack Smiley, a native of Washington Crossing and an alum of Holy Ghost Prep in Bensalem, has been working through one of the most difficult challenges go his career on the ice.

Back in February, he suffered a stroke which left him unable to play the sport he has played since he was a child.

Through medical assistance and rehabilitation programs, Smiley has been able to bring himself back to a sense of normalcy since the health scare made his playing on Endicott College’s a major challenge. He has regained much of is mobility, as well as the ability to speak and communicate with others.

With he support of medical professionals and his family, Smiley is now making his way back to what he loves the most.

Read more about Smiley’s journey of recovery at NBC 10 Philadelphia.

Thanks to Dedicated Volunteers, Chalfont Nonprofit Has Been Rehabilitating Wild Animals for Decades