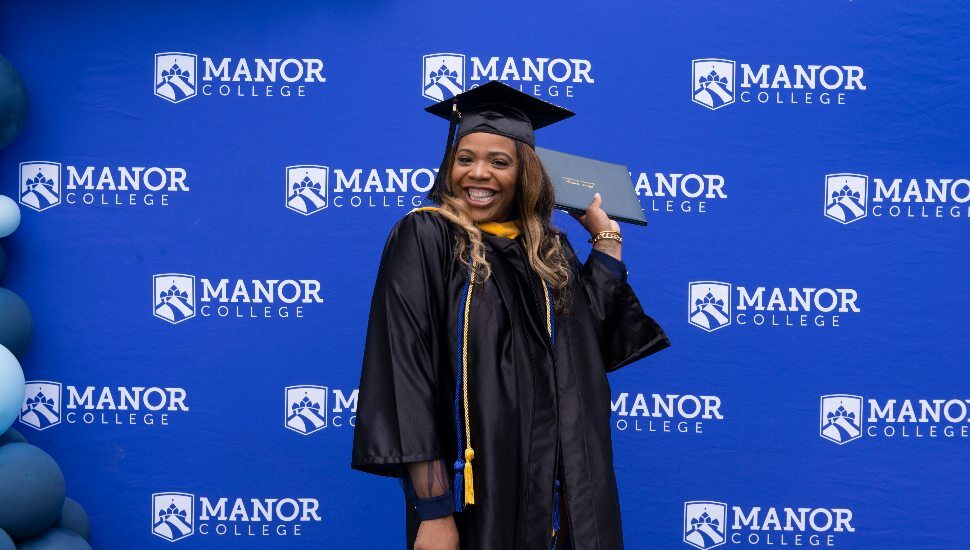 Sheresa Palmer lives by the saying, “God only gives his battles to his toughest soldiers.” “People look at me and say that you smile so much, you wouldn’t know you went through anything,” Palmer said.

“But I’m not afraid to tell my story.

“And here’s somebody else out there that has their own story and wants to get help, but just doesn’t know how to say it.”

While she was a student at Simon Gratz High School in North Phila., Palmer wasn’t interested in dating and focused on her schoolwork.

That was until she met Jeffrey Jarvis. “There was something about him where I could just be his friend,” Palmer said. “We ended up becoming best friends.”

The pair evolved into high-school sweethearts. Jarvis loved her determination and being “a whole woman” who focused on her goals.

Palmer gave birth to the couple’s son, Jay’len Jarvis, in 2014. “When we got together, he told me, ‘I’m ready to treat you right,’” Palmer said. “God brought us together.”

Praying for a Way Out

Palmer knew Jarvis lived a dangerous life growing up around drugs. She also knew his upbringing and would ask why he sold drugs, but never knew how deep things were.

“He never brought it around me,” Palmer said. “But that was his environment. He was around people that only sold drugs.”

Palmer knew the harsh reality of the streets. In her words, there’s only two ways out — jail or death — but she often prayed for a third way out for Jarvis.

In November 2015, she had a dream that he was murdered.

A few days later, she received a text from him saying, “Sheresa, I’m sorry. I love you and I’m happy I had my child with you.”

“You knew something was happening,” Palmer said. “He was letting bygones be bygones with me.”

On the evening of December 22, 2015, Palmer returned home from Christmas shopping with Jay’len when she got a call from her friend. Jarvis was shot ten times, including four times in the chest, on North Carlisle Street. An ambulance rushed Jarvis to the hospital before Palmer arrived on scene. He died that evening.

From Absence to Advocacy

Growing up and seeing Jarvis’ lifestyle — knowing that it came out of his surroundings — inspired Palmer to pursue a career in criminal justice.

“I want to make an impact on drugs, sexual assault and more,” Palmer said. “There’s more factors that go into a ruling than whether someone is guilty or innocent.”

She transferred into Manor College after another institution shut down.

“When the school shut down, I questioned what I should do,” Palmer said. “I didn’t want to be on my deathbed thinking I should’ve done something. I had to get up and find a school. Then I found Manor.”

At Manor College, she found an environment with professors that supported her. “Manor College was welcoming, and I prayed on it,” Palmer said. “I knew I could make an impact. Professor (Mary) Sims made sure I got where I needed to. I could call her any time of night. She helped me with papers and looked out for me.”

A College Career that Counted

Palmer made her Manor College career count. She was nominated in 2020 for the Mother Josaphat Award — the institution’s highest student award. She received the Unsung Hero award from Manor’s Student Affairs team for “putting her heart and soul into everything she does, even when the work goes unrecognized.” Palmer also served as a member of Rotaract, Social Justice Club and the women’s soccer team.

Professor Sims remembered a time when, after a Rotaract meeting, Palmer left and returned with a gigantic bag of clothes for Manor’s Career Closet.

“She always does her best, even when she has so much to do as a full-time mom and employee,” Professor Sims said. “She’s very caring, involved and has done so much for the causes at Manor College.”

She continues to work with the office to this day.

A week before graduation, she received a promotion and became a training coordinator. Her job guides the training team in preparing legal internship programs and training for the newest class of lawyers studying the Americans with Disabilities Act.

Sheresa Palmer is currently taking Masters Courses in Forensic Psychology at Neumann University and is studying for the LSAT. She hopes to pursue a doctorate degree.

Her goal is to become a voice for the voiceless and an advocate for those needing help. “I didn’t have that role model when I was growing up,” Palmer said. “My family raised me well, but sometimes you need a little extra push when you think you’re going to give up. I tell my son, ‘I don’t care about how anybody else feels, you have a voice. You are who you are. Stick up for yourself and keep going until you achieve what you want.’”