Middletown Township Monument, Despite Mixed Feelings from Residents, Is Here To Stay 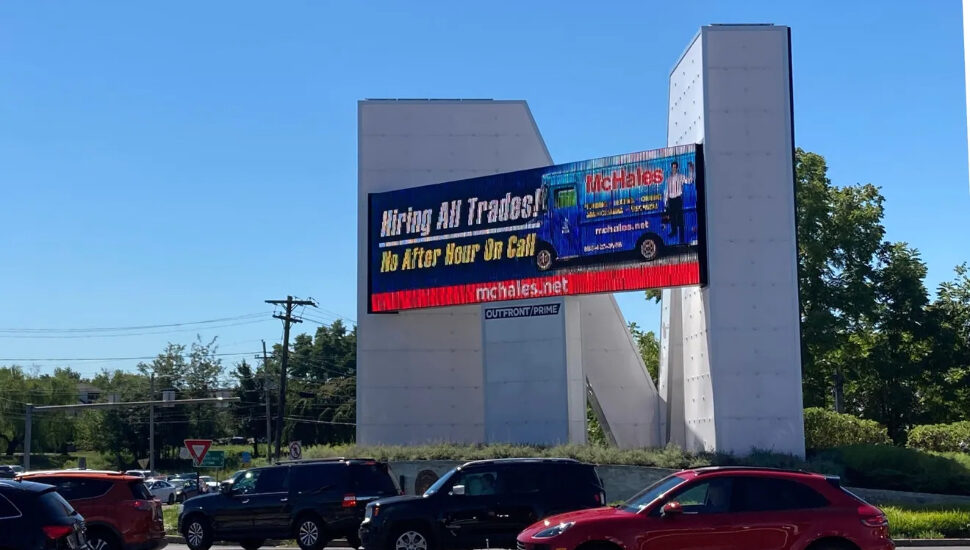 Image via James McGinnis/ Bucks County Courier Times
The giant "M" has many local residents wondering what the point of making it was.

A new monument in Middletown Township has become a source of discussion on aesthetics and utility for locals and visitors alike. James McGinnis wrote about the new monument for the Bucks County Courier Times.

The monument, known as “the giant M” to some Bucks County residents, was completed just a few years ago, and now sits off the corner of Lincoln Highway and Oxford Valley Road. The glowing structure has multiple screens that advertise locals businesses, schools, and events.

Reception to the monument has been mixed, from some not caring much for it to others commenting on its seemingly brutalist architectural style.

“This has no resonance, and so it has to be big and loud because it doesn’t have any meaning,” said Pierre Trombert, a French architect and designer who teachers at the Moore College of Art & Design in Philadelphia. “It’s not sensitive to its environment ― like a big foot coming down on you.”

Read more about the giant “M” at the Bucks County Courier Times.