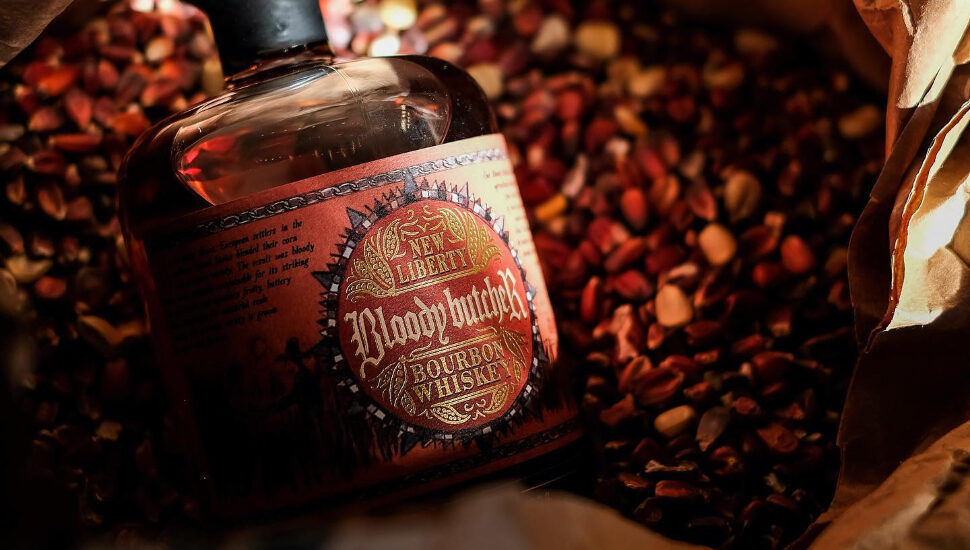 A Philadelphia distillery has just released a brand new whiskey, which is using a unique ingredient: corn from Bucks County. Marilyn Johnson wrote about the new drink for Newsbreak.

New Liberty Distillery just released Bloody Butcher, a sour mash bourbon, for their longtime fans and whiskey aficionados. One of the main ingredients of the new spirit is corn from Castle Valley Mill in Doylestown, which is fairly close tot he distillery’s South Kensington flagship location.

“We had always planned to create different riffs on our staple Bloody Butcher Bourbon, it was just a matter of when,” said Robert Cassell, the distillery’s owner and Master Distiller. “I’m thrilled to put out the Sour Mash version, especially because of all the local tie-ins: the sourdough starter from High Street Philly, the rye and barley from Deer Creek Malthouse, and the Bloody Butcher corn itself from Castle Valley Mill.”

The bourbon is aged for three years in new American charred oak barrels and contains malted rye and barley added to the local corn, a main ingredient in sour mash whiskeys.

Read more about the new whiskey at Newsbreak.