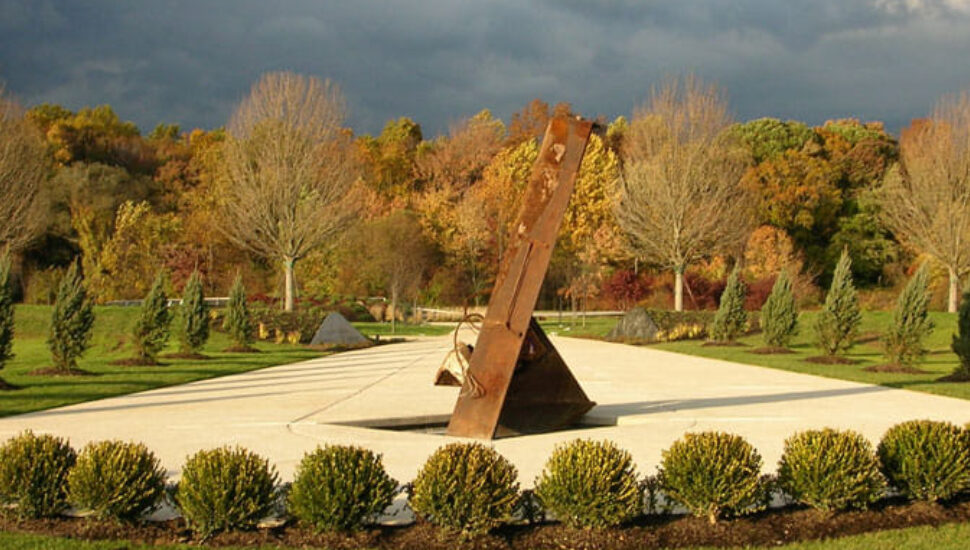 Image via Lower Makefield-Yardley Republicans
The pilot of the fatal flight is remembered as a family man and Bucks County native.

21 years after the tragedy of Sept. 11, 2001, one of the Captains of Flight 175, a Bucks County resident, is still remembered as a loving family man. More than two decades after the events, we reflect back on his life through an obituary in The Beach Reporter published just two days after the tragedy.

Victor Saracini, a Yardley native and Captain of Flight 175, was one of the 2,996 people who died on that fateful date. He, along with First Officer Michael Horrocks of Glen Mills, were both killed by one of the terrorists on the flight before it crashed into the South Tower of the World Trade Center.

Saracini was born in Atlantic City, New Jersey. A former Navy pilot, he went on to become a veteran pilot for United Airlines. He loved his job, but not as much as his family. He is survived by his wife, Ellen, who is now Executive Director of the Garden of Relfection 9/11 Memorial in Yardley, and his children, Kirsten and Brielle.

Family members remember Saracini as a loving husband and father. His legacy and memory live on in Bucks County and around at the world.

Read more about the Yardley native at The Beach Reporter.

Levittown Native, Known for Unicycling His Way Through Town, Brightens Locals' Days With His Kindness