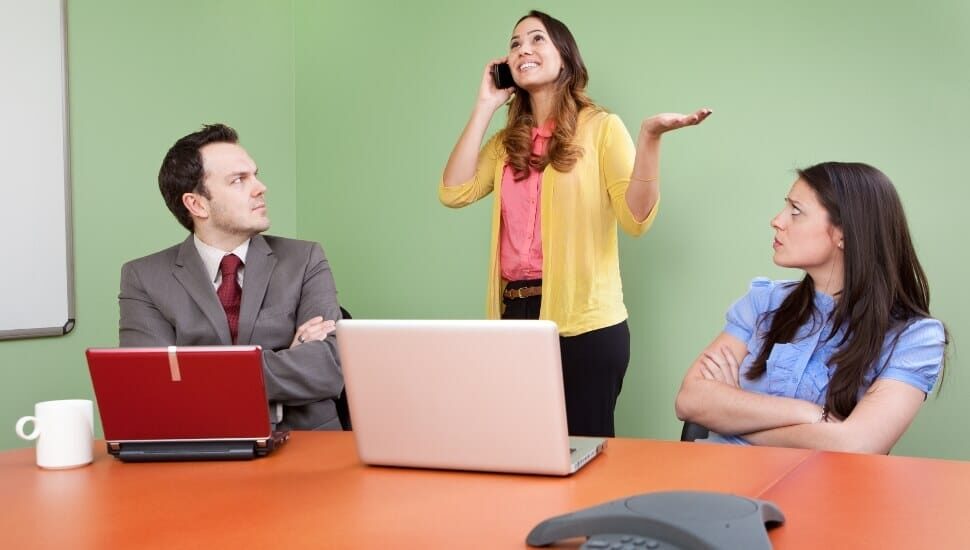 Employees and employers alike have been noticing an increasing prevalence of rude behaviors since Covid restrictions have ended and more people are physically back in offices.

It has people questioning whether this is a new occurrence or if things were always this way and they simply didn’t notice it before. The Wall Street Journal just featured a lengthy interview discussing the topic, but here are some of the major points the experts spoke to.

One significant aspect touched on is that breaches in traditional protocol are becoming more common, and the job market may be responsible for some of that. Experts say Covid forced people to get comfortable transitioning to new jobs, so employees are less fearful of losing their current position.

That’s not to say employees are being nasty, but they may be less hesitant to speak their minds. Before, workers saw their job as where they would be for decades. Now many employees see switching jobs every few years to be quite normal any way, so why be fearful about ruffling the feathers of people they can just walk away from?

However, another aspect discussed is that remote work has made it more difficult to learn expected professional behavior. Not all rudeness is intentional; it can often just be from inexperience.

But those who have stepped into the work world doing their role from home have not had anyone to model their behavior after. This leads to professional attire choices that might raise some eyebrows or thinking something like texting during a meeting is not a big deal.

Though these changes in behaviors are not necessarily younger workers being wrong. Some of these changes could be a natural evolution caused by a new generation appearing in the office. It is already the case that some employers do not mind a loosening of the dress code.

One behavior that the experts unanimously agreed was bad form was ghosting a company. They acknowledged that it is easier than ever in the digital age.

However, even a simple message expressing you have lost interest in the job softens the rejection more than just being ignored completely. Digital etiquette might be newer, but everyone has experience knowing how hurtful it can feel to be left with never getting a response.

If you want to know more about the changing work etiquette, the WSJ’s interview on the subject was quite substantial and can be read in The Wall Street Journal.

HBR collaboration and YouTube creator Jeff Su talks about earning respect, building trust, and ultimately being liked at work–all by being a little more polite and mindful of your colleagues.

Are You Overly Ambitious? 10 Giveaways Your Lofty Goals Are Actually Working Against You

5 Signs You’re Quietly Being Demoted, and What You Can Do About It

Not Taking Your Job Too Seriously Has a New Name: Quiet Quitting