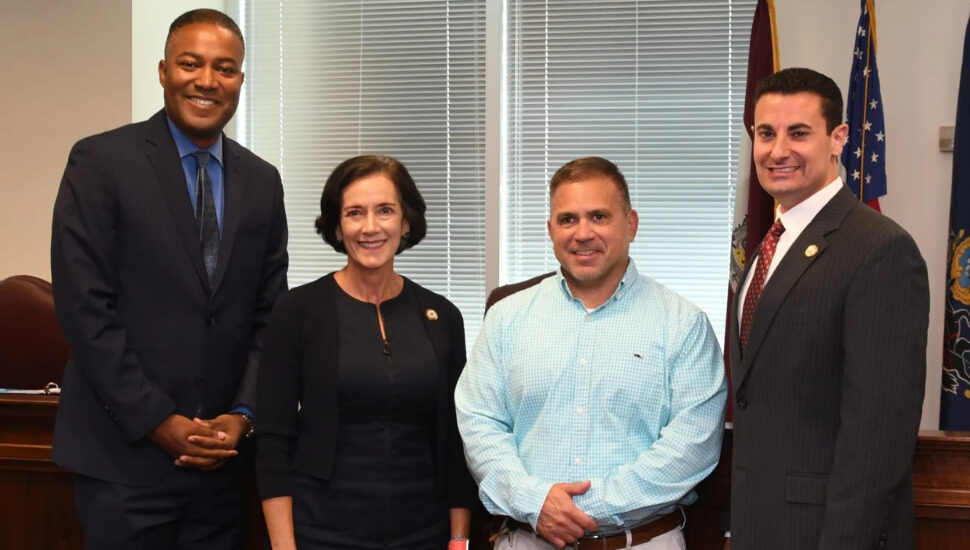 Altieri, a Norristown High School grad, started his public service career as a police officer in West Conshohocken and Bridgeport.

In those early years in Conshy, according to Montgomery County District Attorney Kevin Steele, he forged his reputation for doing the right thing, regardless of personal cost.

Steele described a council member who involved himself in a criminal act. Altieri arrested him for it and subsequently lost his job in an act of apparent retaliation.

From that dismissal, Altieri landed his position with the county in 1993.

“That was a blessing, I think — for the county in some ways — that that happened, because he came to us,” Steele said, before revealing that tale’s appropriate coda: The offending council member was eventually prosecuted and convicted.

Steele then went onto a long list of Altieri’s career highlights.

Steele concluded the tribute by assessing, “He’s the best. And we’re gonna miss him.”