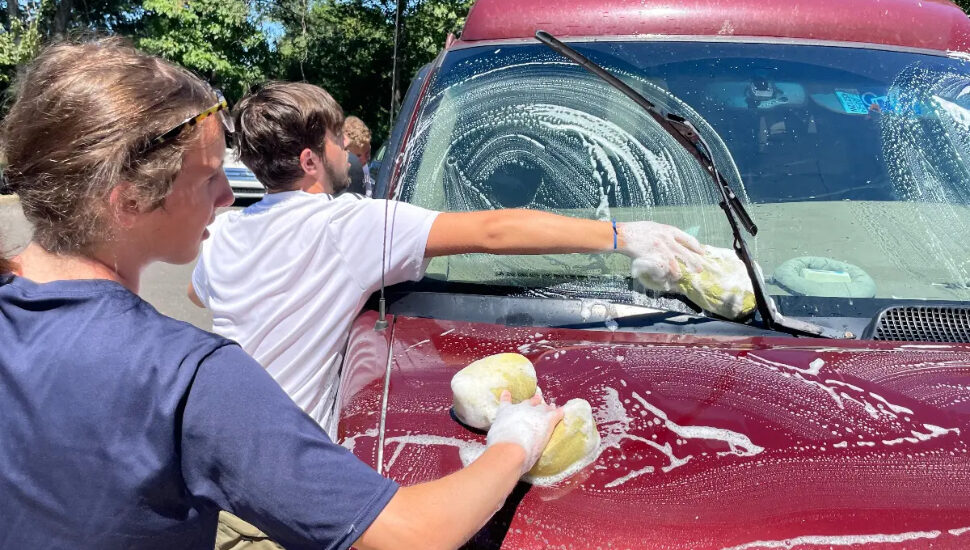 On Saturday, several band members took to the parking lot at the Newtown Ambulance Squad to wash car after car. All the funds collected from the event will go to the band’s planned trip to Hawaii in the spring.

“Everyone is super excited about this year, especially the trip,” said Brielle Schilling, the marching band’s drum major. “Those who are seniors this year they have been waiting a long time for this. Everyone is super stoked.”

Several members took their instruments and played Europe’s “The Final Countdown” during the car wash. Cars lined up to help the local marching band.

Currently, the band is looking to raise $16,000 for the trip. The band will debut in the fall season on Aug. 26 during their first home game against Wissahickon. They will begin the new school year with a Preview Night on Aug. 24

Read more about the marching band’s activities at the Newtown, PA Patch.

Northampton Township Celebrates 300 Years, A Unique Milestone for the Area