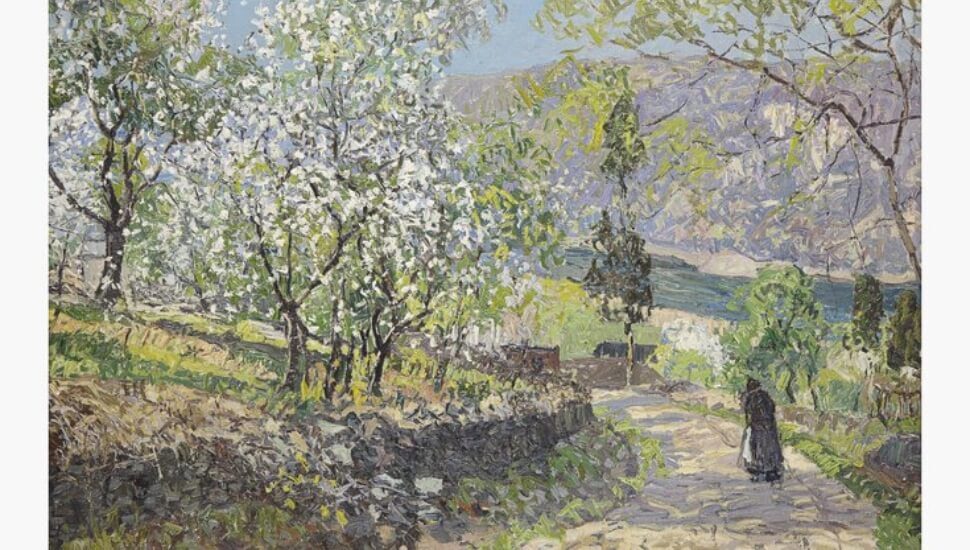 A recently completed Freeman’s auction shone a spotlight on the Pennsylvania Impressionist movement that thrived in New Hope, writes Noah Zucker for the Philly Voice.

Several paintings by Edward Redfield and Fern Coppedge were sold, most of them reaching significantly higher prices than their estimates.

Redfield and Coppedge were among the many artists who made New Hope their home in the early 20th century and then became famous for their rustic landscapes that often portrayed scenes from Delaware River Valley.

The artist colony started in 1898, when William Langson Lathrop moved to New Hope. He later served as a mentor to numerous young artists who decided to follow him to Bucks County at the start of the 20th century.

The second Impressionist who settled down in New Hope was Redfield.

Winter compositions painted as part of this cutting-edge American art movement are still very popular among collectors and critics.

Outside of the auctioned-off pieces, other paintings from the movement are available for viewing at the Michener Art Museum in Doylestown. The museum is in possession of one of the nation’s largest collections of Pennsylvania Impressionist works.

Read more about the auction in the Philly Voice.