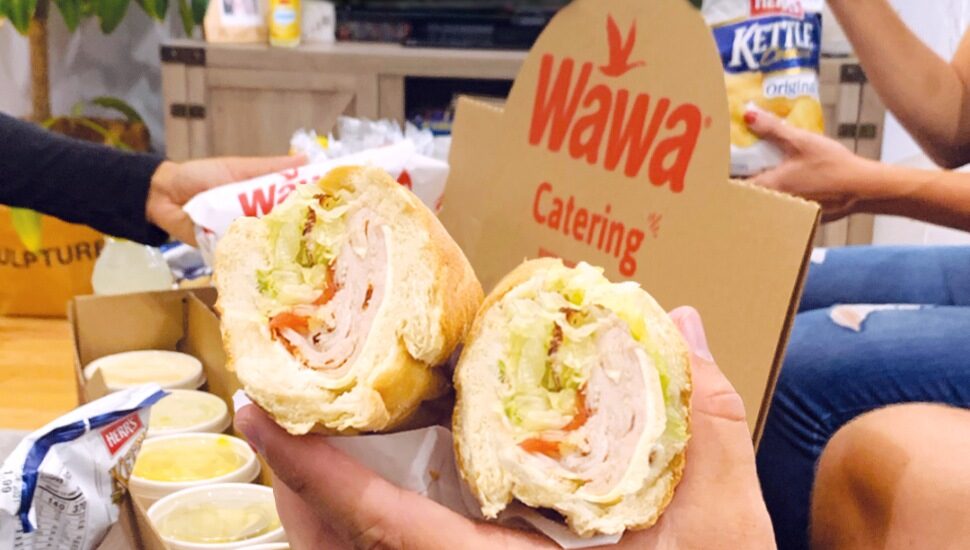 As part of its 13th year as title sponsor of Wawa Welcome America, Wawa Hoagie Day returns today with its annual in-person event and celebration connecting the community with hoagies, a salute to local and national heroes, and free admission to the National Constitution Center.

Hosted by Preston Elliot and Casey Foster of 93.3 WMMR’s Preston & Steve Show, the 2022 Hoagie Day celebration continues the annual tradition, which begin in 1992 when the hoagie was proclaimed the “Official Sandwich of Philadelphia” by then-Mayor Ed Rendell.

As always, Hoagie Day will focus on honoring the nation’s men and women in uniform. It will reach further into military support by also recognizing the USO, a nonprofit organization that strengthens America’s military service members through connections to family, home, and country as they serve.

This year, Wawa will serve an eight-ton hoagie in the most historic block in the nation – Independence Mall at 5th and 6th Streets. Hoagie Day will feature one of Wawa’s signature favorite hoagies, turkey (which, by the way, Ben Franklin did not lobby as national avian symbol in place of the eagle).

“Hoagie Day is always a special day for all of us at Wawa, especially this year as we bring it back in full swing with a community block party that celebrates our great Philadelphia traditions in the heart of America’s birthplace,” said Chris Gheysens, Wawa President & CEO. “This is our 13th year as title sponsor for Wawa Welcome America. And Hoagie Day is more than a hoagie; it’s about uniting our community, spreading positivity, and celebrating and honoring those who serve [locally and nationally].”

Wawa will be sending the first 7,000 hoagies built to Philabundance to help fight hunger in the region. In addition, 2,500 hoagies will be handed off at a dedicated Heroes Lane on Arch Street in front of the National Constitution Center from 10–11 a.m. to Police Athletic League of Philadelphia and Veterans Multi-Service Center. The remaining 20,000 will be served free to the public at noon.

Wawa to Novice Nashville Natives: This Is a Hoagie, Y'all