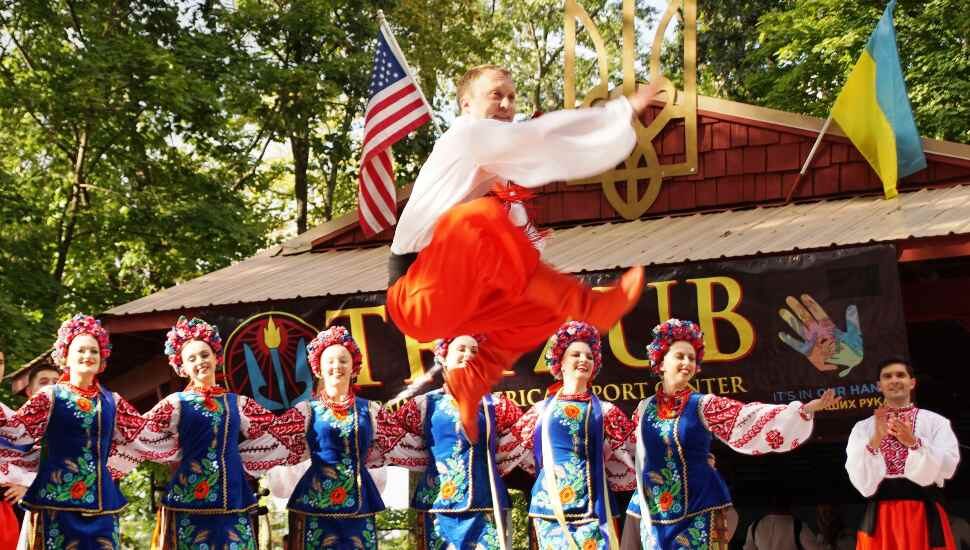 The Ukrainian Folk Festival is an afternoon of ethnic food, dance, and music highlighting the rich heritage of the people from Eastern Europe.

It also provides attendees with an opportunity to support the ongoing humanitarian efforts currently underway there. From each $15 ticket fee, $5 will go toward helping Ukrainian residents.

The Aug. 28 itinerary includes a performance of the hopak, an athletic and visually stunning ethnic dance whose steps include whirling leaps by men.

The male dancers executing these moves are generally costumed in brightly colored loose-fitting pants, while the women who accompany them have colorful streamers that dangle from headpieces.

Another ethnic performance is the presentation of the kolomiyka, a Ukrainian form of polka. This high-energy celebratory expression of joy is commonly done at weddings in the homeland.

For those seeking a quieter experience, the festival will have a display of pysanka, the meticulously colored Easter Eggs with ornate patterns. An arts and crafts bazaar will offer the chance to bring some hand-crafted treasures home.

Will there be food? звичайно! (That’s the Ukrainian word for certainly).

Purchasers can try pierogies, holuptsi (cabbage rolls), and kielbasa. For those less daring, traditional picnic food will be sold, as well as baked goods and beverages.

The festival’s location is the Ukrainian American Sport Center, Horsham.

Complete attendee information for the Ukrainian Folk Festival, including how to get tickets, is online.