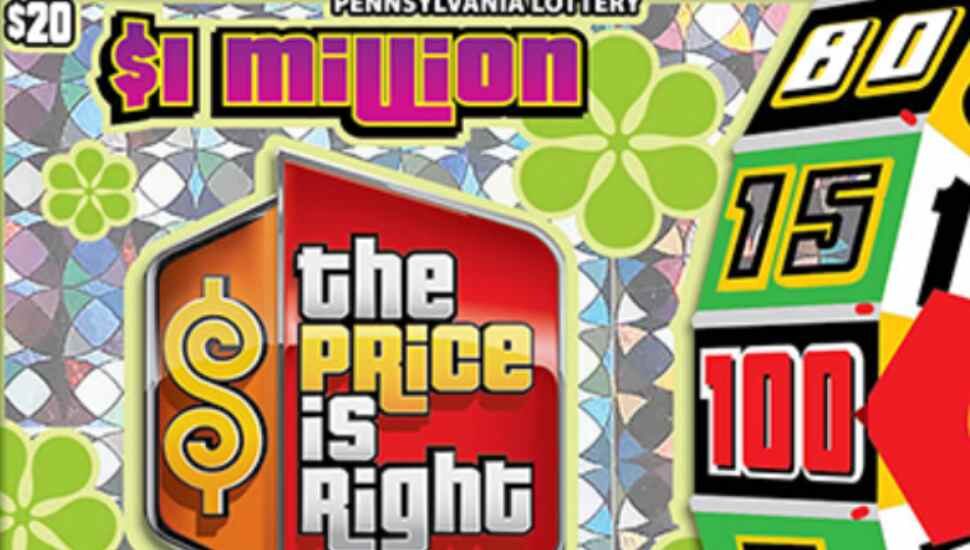 Image via Pennsylvania Lottery.
A lucky Bucks County winner has scratched his or her way to a whole new life.

A $20 investment in a Price Is Right–themed lottery ticket has paid off handsomely to its Sellersville buyer. He or she is walking away with a million dollars, as reported by John Misinco at The Morning Call.

The seller was Jashan Convenience on North Main Street, also in Sellersville. Its owner will receive $5,000 just for vending the winning card.

The game, inspired by the long-running CBS game show, presents players with 20 chances per card to match one of seven predetermined numbers. A pair of duplicates yields the scratch-off prize revealed.

Bucks County and its surrounding communities has been on something of a lottery streak lately. Recent big winners have included: