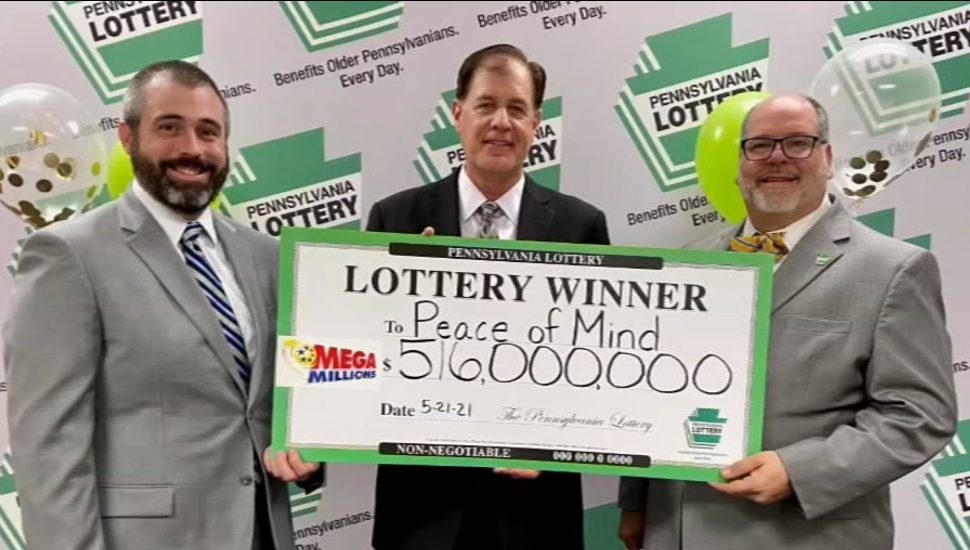 Image via 6abc.
Attorneys for the Peace of Mind Trust pose with the Mega Millions check disbursement, representing the winning ticket's buyers.

At the request of the five winners of the May 21 Mega Millions lottery, the only public knowledge about the lucky ticket purchasers is this: They bought what became a very valuable slip of paper at a Levittown 7-11. The winners have stepped forward through a trust, eager to claim their prize but hold onto their anonymity, reports 6abc.

In lieu of the lucky lottery players themselves, the winners’ attorneys claimed the large check. They cited their representation of a collective entity aptly named the “Peace of Mind Trust.”

The jackpot had an annuity value of $516 million, the third and largest windfall in Pennsylvania Lottery Mega Millions since 2010.

The five winners, however, chose the cash-out option, which netted them nearly $350 million. After taxes, each participant will walk away with roughly $50 million apiece.

“This is life-changing generational money,” commented attorneys Kurt Panouses and Christopher Mahoney at the claim announcement. “The winners live in small communities in eastern Pennsylvania and desire to keep their lives as normal as possible. Maintaining anonymity is key to ensuring that normalcy.”

The representatives confirmed that the winning combination was chosen at random.

So, for those lottery players who hope to hit it big playing intricate arrays of birth dates or numerology-related selections, consider this nonstrategic reality: These new millionaires used Quick Pick.

More on this Bucks County–generated abundance of riches is at 6abc.

Check Those Pockets, Handbags, and Sofa Cushions for Tickets: Somebody in Bucks County Is a Half-Billionaire

Pennsylvania LCB to Fans of Hard Spirits: Try Your Luck and Take a Shot